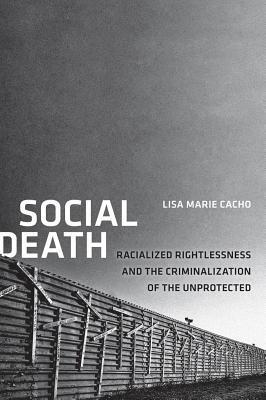 First, I want to say: This book is excellent and absolutely worth a read. It is one of the best non-fiction books I have read.

However: This was also probably the most difficult book I’ve ever read. Mostly because it’s clearly an academic text written for an academic audience. Because of that, its language is somewhat inaccessible and I found myself looking up words in a dictionary a lot that aren’t specific to the subject matter. I thought my english was pretty good, but this book has proven me wrong. A more accessible writing style could probably make this book approachable for a wider audience.

“Social Death” is clearly not an introductory work when it comes to anti-racist philosophy. Before this, I’ve read “Why I No Longer Talk To White People About Race” by Reni Eddo-Lodge and, what I consider its (more or less) German counterpart, “Deutschland Schwarz Weiß” by Noah Sow. I had also already spent some time following anti-racist discourse on social media and was familiar with concepts like intersectional theory. Still, “Social Death” was a challenging read and I might have to read it again in a few years to fill in a few things I missed the first time.

Because it was so challenging, it took some dedication to actually finish it. This book in not what you can call a “page turner”. I often had to re-read entire sections to really get what they were even about but it usually turned out to be worth it.

The book is split into large chapters that build on top of each other. They are definitely meant to be read on order for the first time. Cacho early on specifies a few terms that are used throughout the book, e.g. “social death”, “death worlds” and “intelligible rights”. Each chapter focuses on a different group in the US that is affected by structural racism. She also mentions that the mechanics of social death apply not only through racism but other forms of discrimination against deviance from the white, cis, hetero, male norm. In later chapters she explores how concepts of race, class and gender interact, specifically racialized masculinity. This could also be a point of criticism since most of the people who are talked about in “Social Death” are men. I would have hoped for a more balanced focus and more attention on how these issues affect women, non-binary or other gender-nonconforming people.

I would recommend this book to anyone who is looking for a very detailed analysis of how racial (and other) inequality functions, what role modern legal systems specifically play in it.