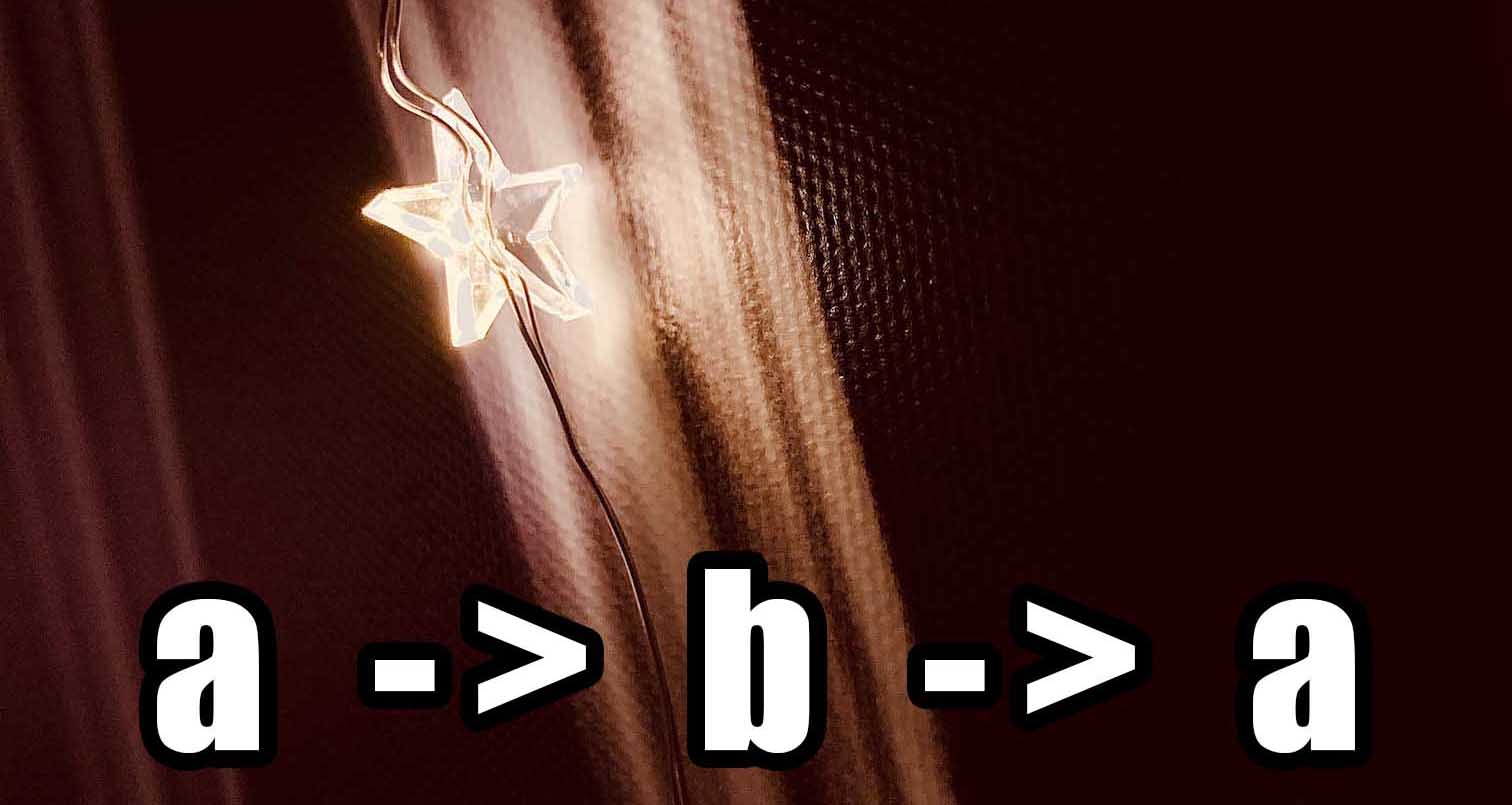 Yesterday’s music piece "Everwinter" is also the first one where I used some actual music theory. Here’s what’s going on in there:

The piece starts off in the key of a-minor with a chord progression of 2x III-ii-i-VII followed by 2x III-ii-VI-VII. The bass line is an arpeggiated version of the chords and the melody is entirely in same key. This goes on for 8 bars.

The whole thing is in 3/4 time signature.

After those 8 bars at about 0:55 the key changes. I did that by transposing everything up by 2 half-steps. That was fine without doing any additional transition stuff. It's supposed to be immediate. The transposed section goes on for 4 bars until about 1:18.

At 1:40 I wanted to repeat the first chord progression in a-minor before leading out into the ending phrase. Just changing back immediately sounded jarring and weird so I needed a proper transition. I had another 4 bars to do this.

A relatively simple technique for changing keys is to find what's called "pivot chords". Those are chords that appear in both keys. To do that I needed to know what key I was in after the transposition which I previously didn't care about.

You can use the Circle of Fifths for that. Two half-steps clockwise (for transposing upwards) from a-minor leads to b-minor. Now I could list all chords that a-minor and b-minor share: E minor and G major.

Here's a useful reference if you (like me) don't know the chords of every key by heart: http://www.piano-keyboard-guide.com/chords-by-key.html

Drawing those Emin and Gmaj chords out for a while will pretty reliably de-couple the listener from the first key and introducing the new one will be nice and smooth.

So there it is: Circle of Fifths and pivot chords. Two really useful and not too complicated composition tools in traditional "western" (meaning anglo/euro-centric-ish) music theory.