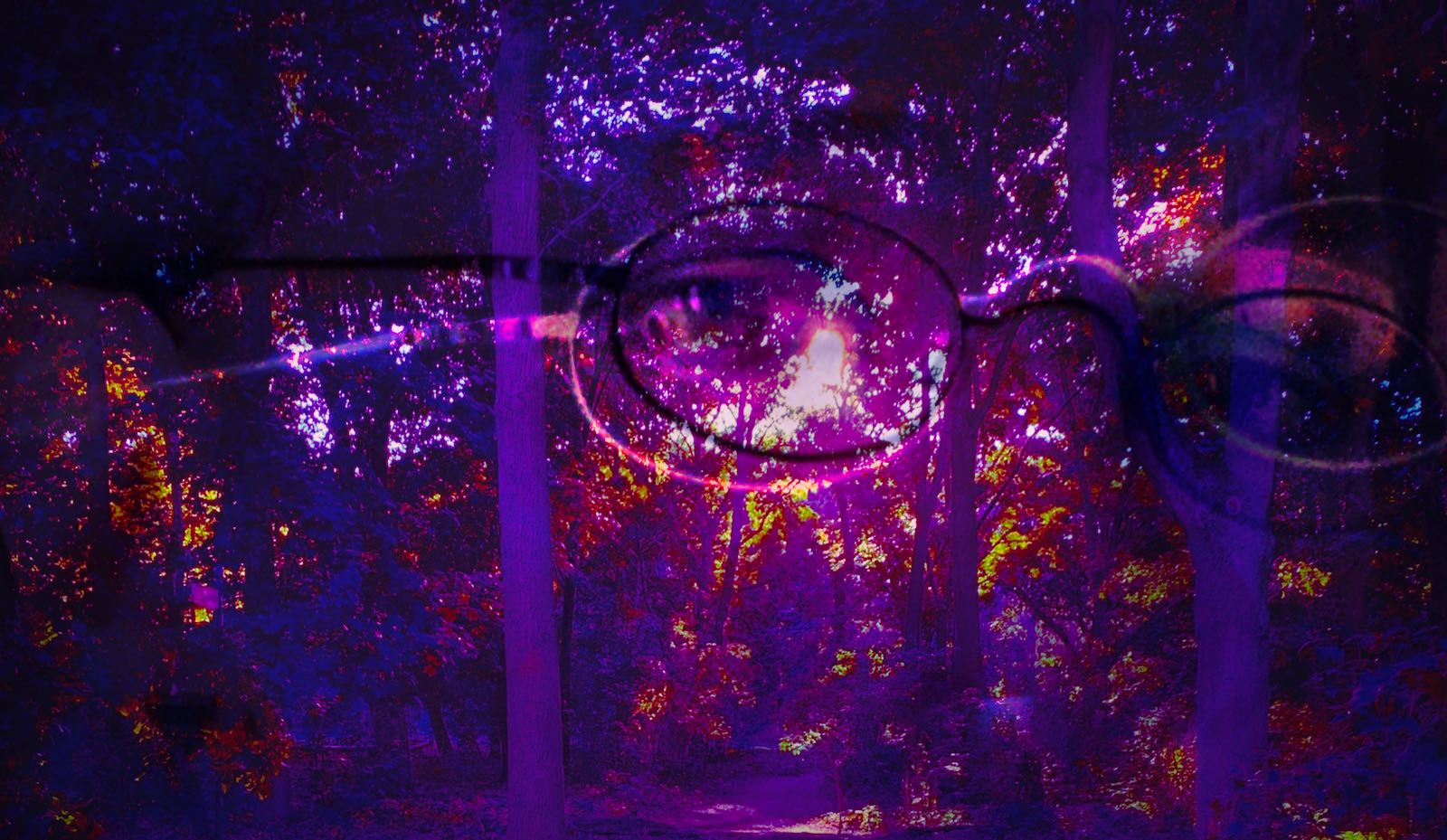 Writing about my experiences has proven to be a very effective way for me to process things. I’ve written about childhood trauma and sexual violence as well as various aspects of my transition before but there‘s a thing that I haven‘t touched at all yet. I haven‘t talked about most of it at all, not to anyone except my therapist, and I haven‘t even told him all of it. Today I‘m writing about my abusive relationship and the second time I was sexually assaulted.

I didn’t write this for many years out of fear of retaliation or losing friends and social support structures over it. Now, though the course of my transition process, that has mostly already happened so I don‘t have much else to lose there. It also took several years to really internalize that my abuser can‘t actually hurt me anymore. This is one of the insidious things about abusive relationships: their effects stick with you long after you made it out of the relationship itself. But I’m getting ahead of myself.

I‘m not going to name anyone specifically but anyone who has known me long enough can probably piece things together. I have no interest in calling anyone out in public, so if you read this and happen to know identifying details, please respect the privacy of everyone involved. If you want to talk to me privately, that's ok, with one exception (see the note at the end).

All this happened shortly after I moved to Berlin. I was in a new and unfamiliar place, trying to make new connections. I was also very socially awkward back then and hadn’t even started unpacking my already existing traumatic baggage. I was as insecure as ever, desperate to please others, and kind of romantically and sexually frustrated. Before moving to Berlin I had spent almost 3 years pouring all my time into working and studying and had completely neglected romantic and sexual relationships. I was pretty much primed to be taken advantage of. And someone did.

At first we met as flat mates. I had one month to find a place to live after the move while I was renting a room from a friend’s friend. I only managed to find a kind-of shitty 2-room flat that was a bit too expensive for me to comfortably afford so I pretty quickly considered finding someone to share it with. She was looking for a room and through a mutual Twitter connection we got in touch. We seemed to get along well so shortly after she moved in.

About a month later we had grown rather close and ended up dating. In hindsight, dating your flat mate is obviously a terrible idea. But 25 year old me with very little relationship experience sure didn’t know that. The relationship was awkward from the start, especially when it came to sex. I was deep in denial about my own dysphoria at the time and having any positive experiences around physical intimacy was basically impossible. Sex in general for me usually meant dissociating until it was over, regardless of who my partner was or what they did. However in this relationship there was never a shortage of guilt about that and instead of talking about things the usual treatment on her part was punishment through silence. Sex was the first thing around which the abusive patterns manifested. She would consistently make sure that I knew that something was my fault but to never talk about what exactly, expecting me to figure it out on my own somehow with no helpful information.

Her usual way to act in such situations was to lock herself in her room blasting loud music until I would eventually go to bed when it had gotten late. The next day I would get blamed for going to bed alone and not waiting for her.

One event I remember clearly was an evening when I had been working late, something that happened a lot at the time. I had just started my first “real job” after finishing my apprenticeship and I ended up with an asshole of a manager who put on a ton of pressure. (Remember how I was eager to please people?) So, whenever my girlfriend and I wanted to do something specific on a weekday evening, it was necessary to schedule that so I could make sure not to do any overtime on that day. One such day I came home to her sulking over a cold dinner and in a skimpy outfit. Of course it was my fault for “ruining her plans” for that evening, despite not knowing anything about it. Thinking about it now the whole situation just seems bizarre, as if from a bad movie, but back then without any real frame of reference I totally took the blame.

Another aspect of control was around money. We luckily never had joint finances, only sharing expenses for rent, utilities and groceries mostly. Apart from that there was no real reason to bother with each other’s finances. Yet whenever I got myself anything beyond basic necessities, one of the first questions I had to answer was how much it had cost, immediately adding guilt over how I had made a purchase decision by myself. Only later I learned that injecting judgement and guilt into everyday things like this is a typical cornerstone of abusive relationships.

The dissociation during sex I mentioned became especially important one night. She had been out that evening and came home late at night, which was of course completely fine. I had gone to bed already and fallen asleep. I woke up with her sitting on top of me in bed. While I was still half asleep she continued intercourse until I became fully aware of what was happening managed to say “no”. It took a while until the strange mix of sleep and disassociation subsided. I didn’t really acknowledge was had just happened and because at that point it was already firmly established that I don’t get to complain, I never brought it up again. I never told anyone about this until now, about how I was raped in my sleep by her. This happened after I had told her about my childhood experience with sexual violence. In fact she was the first person I had ever told about that experience.

After this, my chronic anxiety became much worse. I started having anxiety attacks that would sometimes last for hours. Sometimes I wasn't able to leave my room for entire weekends. During that time she also broke up with me. The entire relationship had lasted only a few months at that point. Due to my conflict avoidance though, I agreed to her staying in the shared flat after that and was committed to making that work somehow. By then I had found a therapist, started having regular session about my anxiety and was diagnosed with generalized anxiety disorder. She would frequently use my diagnosis against me to “win” an argument. After all, I was “the one with the problem”, so she was necessarily right. She used this tactic to gaslight me about things she did or didn’t say, constantly sowing doubt and making sure she always was in control of any conversations.

This went on for almost a year. Eventually it had gotten so bad that I rarely went home while she was still up. I would stay at work late, then kill time alone at a bar or going to see a movie, and if the light in her room was still on when I got home I would take a long walk until it seemed safe to go home and not run into her. The next day I would leave for work before she would get up.

Eventually a few circumstances came together that enabled me to get out. I had gotten a new job that paid much better and I was able to save up some money. She was away for a few days visiting someone out of town. I used my small savings to rent a room for a month, packed my laptop and about a week’s worth of clothes and moved out while she was gone. After having a few days to myself I gathered enough courage to tell her to move out. It took another two months until that actually happened so I had to move to another temporary place. I had to leave my home for two months before I could return and reclaim it as my own and as a safe place.

I spent the next few years afraid of running into her again. That’s quite unlikely in a city the size of Berlin and I don’t even know if she still lives here at all, but that’s not how trauma works. I eventually had an opportunity to talk to another therapist about some aspects of this relationship in the context of my transition process but most of the recovery from it happened over time by slowly re-learning to trust my own memories and experiences. Eventually I started to learn trusting people again too although over events after my coming out undid a lot of that progress. Today, it’s been more than 8 years since I moved out, I'm still in recovery. By now I think I’ve made good progress though. I’m by no means done and maybe I never will. In my experience with various forms of trauma, it doesn’t go away. We can only learn to live with it and integrate in a healthy way. And maybe learn to be more careful in who we let into out lives in order not to add even more.

I was lucky to have the means to move away from the abuse in order to cut this person off. People who don’t or who don’t even have control over their finances because their partner has access to all their accounts are in a far more difficult situation when they face abuse. This is why maintaining at least some financial independence, even just a a small emergency fund, is crucial when entering a committed relationship, especially one where partners live in the same space. A partner who tries to take complete control over finances is a huge red flag.

Another reason why I haven't talked about this experience much s because the abuser and sexual predator in this case was a woman and there's still this pervasive misconception that only men (usually also meaning cisgender men) do these things. This often leads to victims that don't fit the typical scenario of "man abuses woman" not being believed or taken seriously. As an at the time closeted trans woman I have to be especially careful around this since trans-hostile bigots are all too keen on spinning narratives of trans-women as sexual predators while we actually at a very high risk of being the victims of sexual violence.

I'm in a position now that I can afford to take the risk of talking about these things without worrying too much about the fallout.

Many never escape their abusers in the first place.

PS: A note to my abuser and second rapist

On the off chance that you’re reading this and recognize yourself, don’t get in touch. I’m not interested in an apology or explanation and certainly not an argument. I won’t forgive you, not now and probably not ever, so don’t ask for that. I can only hope that you’ve grown as a person and that you don’t inflict the same harm on another person again.