Two Years in This Body 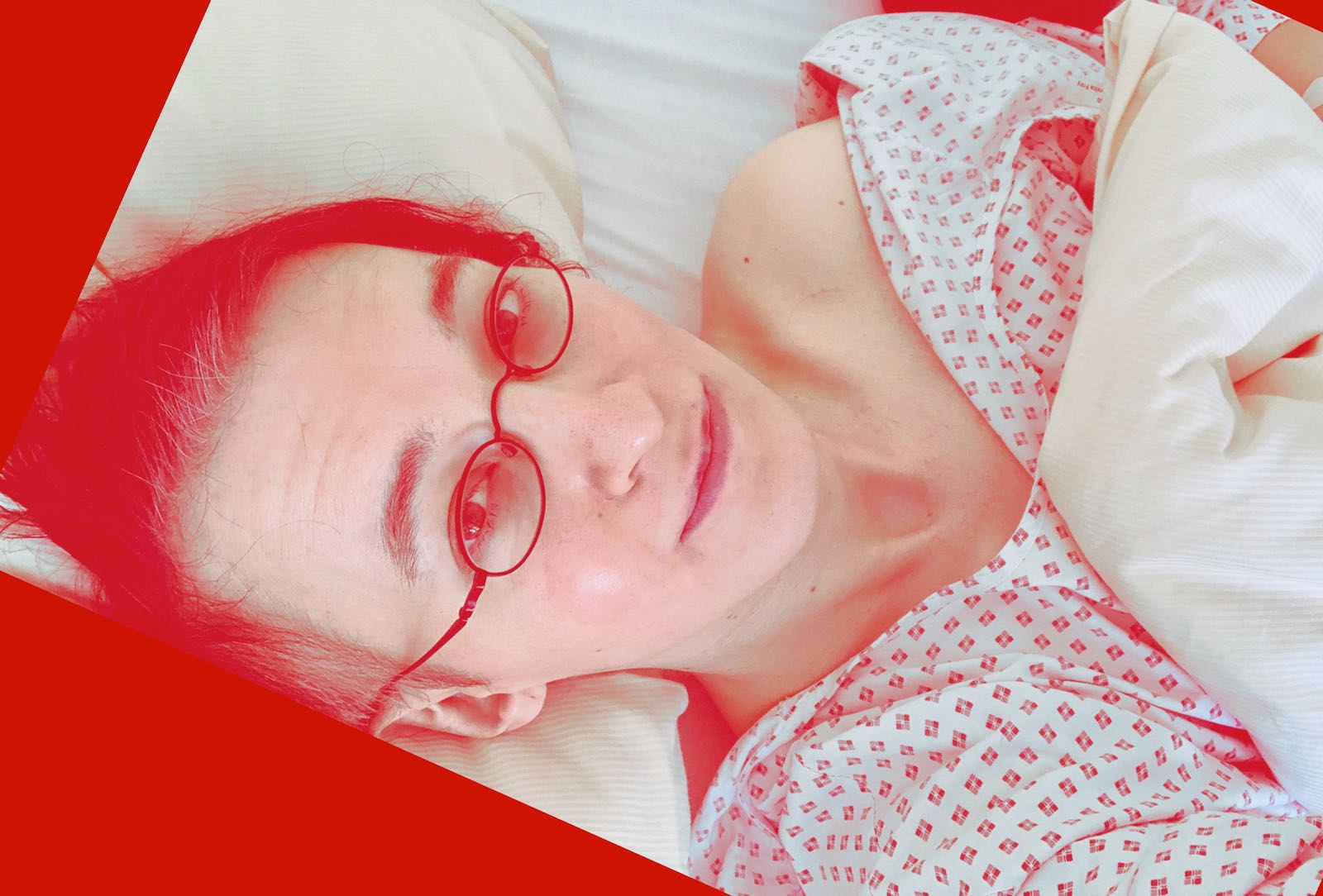 Two years ago today I woke up after about six hours of gender affirming surgery. I was dizzy and couldn’t see clearly from the anesthesia. I was hungry because I couldn’t eat anything for about 24 hours before actually going under and I was in a lot of pain. But I also felt incredible relief. Relief from the dysphoria that had become unbearable.

While I was recovering from surgery at the hospital back then I wrote about how my dysphoria actually feels. Now, two years later, I want to look back on how getting rid of it has turned my life around. I wrote a little bit about this before but I want to give it some more thought.

As usual a disclaimer: I’m only speaking about my own experience. There is no “correct” way to transition and not all trans people want or need medical interventions.

The reason why I’m only writing this now is because the process of my gender affirming surgery was much longer than just the to weeks I spent at the hospital back then. The specific procedure I had decided on is always done in at least two steps: the first and much bigger one is the major re-configuration of the genitals: the penile inversion to construct the vaginal canal, forming the labia, and putting the urethra and neo-clitoris in roughly the right place. At that point, the outer labia are not fully separated due to the way they are re constructed, covering the neo-vagina almost entirely, and they are also under a lot of tension. Before they can be separated, they’re given time to heal, along with all the other tissue that has been moved around. You’re really are in a half-done state after that which makes it hard to get accustomed to things. After at least six months, a second round of surgery takes place where the labia are separated into their final shapes and a lot of other corrections can be performed, bringing all the parts into their final place and shape. Six months after the first procedure though I was in a very stressful situation due to work so I delayed it for a while until that had stabilized and I had started my current job. I eventually scheduled it for April 2020 but as the Covid-19 pandemic hit Germany, that was canceled. Eventually I got it scheduled for August 2020. After that I was again in a period of healing and recovery so I still couldn’t really settle down and get to know the new shape of my body. It took another few months, until early 2021, before I felt like I was fully healed.

While I was still healing and during the entire time between the two surgeries I was always afraid to “break something” if I weren’t very careful. So apart from the necessary things like washing and dilating I didn’t really interact with my new body parts at all. I had already stopped any sexual activity long before undergoing surgery due to dysphoria so not much changed about that at for quite some time. Maybe that period of waiting was a good thing though. It gave me time to experience a sense of normality without constantly being dysphoric, to re-orient myself in my life without this ever-present fog, before really exploring my body again.

What really surprised me was how quickly even the memory of my pre-surgery body experience faded. Within a few weeks I simply couldn’t remember things felt before. Today I feel like everything has always been as it is now. I still remember the effects that dysphoria had on me, the nausea and the constant discomfort, but I can’t remember how it actually felt. When I re-read that article I wrote in the hospital it feels like I’m reading the account of someone else. I know that trauma can affect memory significantly and I already had my own experiences with that but this was so much more intense. It’s as if my brain just dumped all references to how the wrong body parts felt as soon as those sensations were gone.

I feel like the relationship with my body has gotten a hard reset to zero and I’m now exploring how my own body feels all over again. And not just genitals, the entire body. So much of how I physically experienced myself was overshadowed by dysphoria before and I didn’t even realize how dissociated I was pretty much all the time. I always felt strange and self-conscious about being tall for example. My long arms and legs felt awkward and out of place. Not I feel intimately connected to every part of myself and my entire body feels like it’s actually my own, and just right.

It’s amazing just how much more attention I can give to my surroundings now compared to before. It’s as if there was a constant noise covering everything that made it really hard to focus or have clear thoughts and now that is just gone. I have a much easier time now committing myself to something, like my work or my music for example. I can handle stress a lot easier and anxiety doesn’t take hold as quickly. I feel whole in a way that I would have never thought possible.

In terms of physical sexuality the reset hit really hard. I have to re-discover everything, as if I’m a teenager and just starting to think about sexual intimacy, what I might enjoy and what not. It’s a strange situation, being in this state as a adult for the fist time. After all during my actual teenage years everything was already distorted by dysphoria. Now, over the past few months I experienced sexual pleasure without dissociating for the first time and it’s mind blowing. I’m figuring things out but it’ll take time. I’m excited, curious and a bit scared, but that’s ok.

I’m at home in my own body now, time to settle in.