The overall intesity of … life … isn’t going down it seems. It has been another week of eye-opening expereinces and significant learning about myself. I had the first explicitly kinky interaction with other people in a very long time and it went really well. I had a lot of reservations about kink after my first contact with it went horribly wrong (which I now know was absolutely not my fault and the repsonsibiliy of a very shitty ex partner), but I think those are finally resolving and I’m able to explore this more freely. I also got to try out some more toppy things, confirming the suspicion that I’m in fact quite switchy. She was right after all:

I also received a lot of very enjoyable bruises as someone decorated my back very beautifully. I’m excited where all this is going and I’m very happy that I have the time to give these things a lot of attention right now.

Another skin-breaking development this week was rather surprising: I ended up having my first estradiol injection, sooner than I had planned. So far my estrogen HRT was either as tablets or gel which both aren’t great. I’ll try weekly injections for a while to see how my body reacts to that. 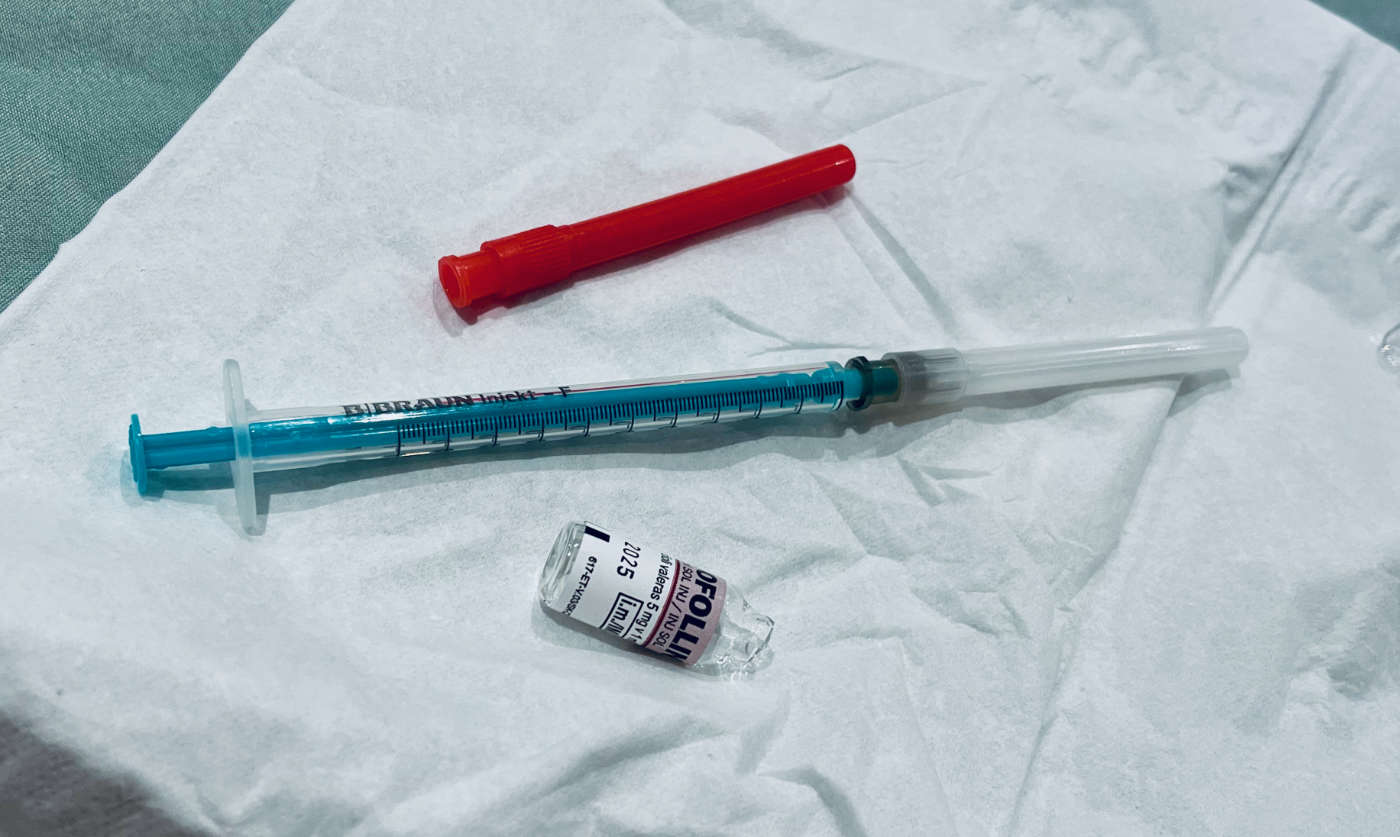 It was a bit weird though to administer it myself for the first time. It’s not actually a big deal as intramuscular injections are pretty easy to do and millions of people do this for all sorts of medication but there still was quite a hurdle to overcome in order to actually do it and poke a needle into my own leg. It went totally without problems though and it’s something I can definitely do myself safely.

It was suprisingly big in numbers, but the route was extremely short (from Kottbusser Tor to Mariannenplatz, for those with Berlin geography knowledge). The talks and open mic contributions at the end again weren’t really for me, which is fine. We’re still at a point where the absolute basics need to be said and it’s important that we do that. But I think I’ll focus my energy and attention on other more practical aspects, like making sure people stay hydrated: 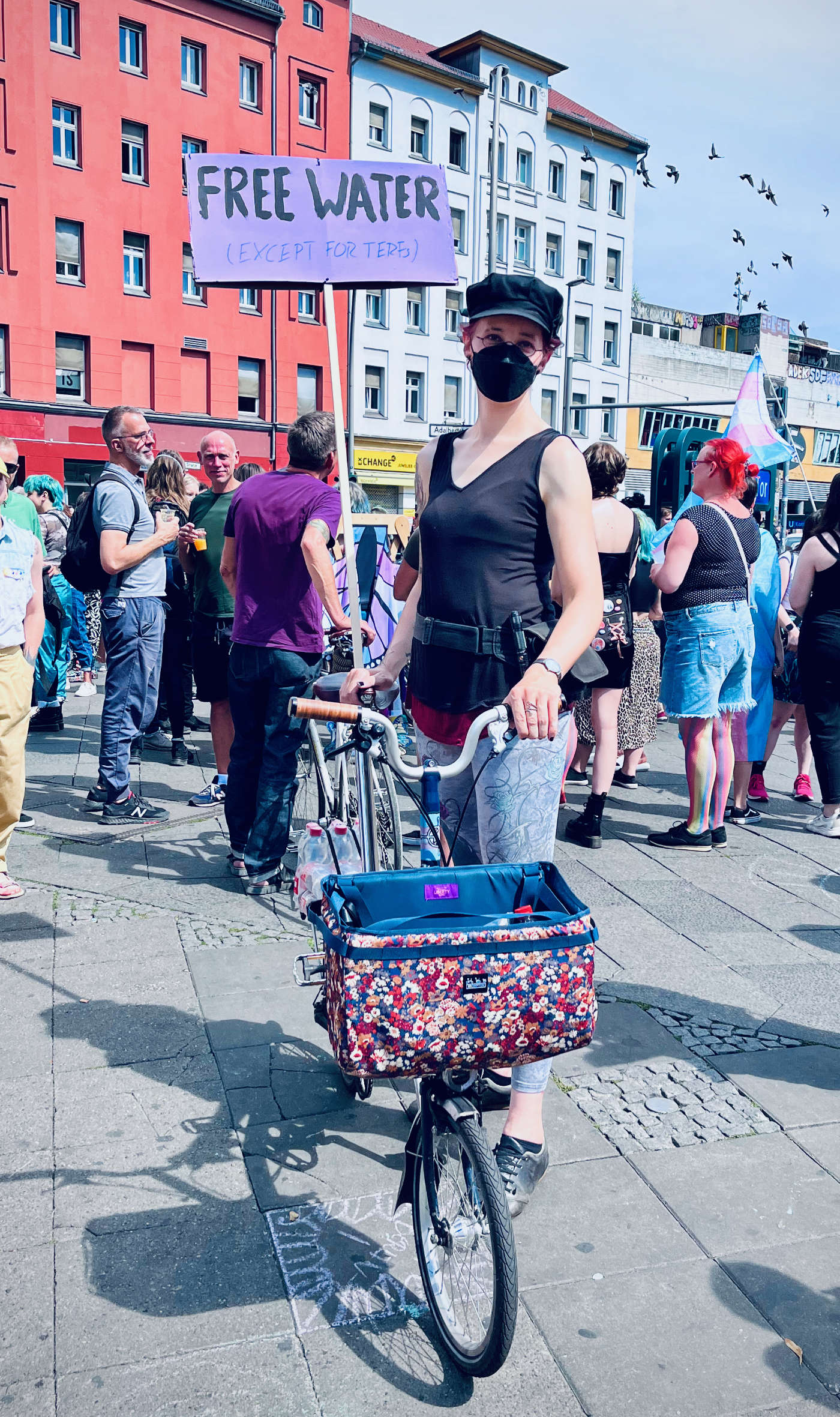 I did the water supply service again that I first tried at Dyke March a week earlier and it was an even bigger success this time. I even went to get restocked on water after I ran out and the second batch was gone even faster. Over all I got 47 bottles into people’s hands. 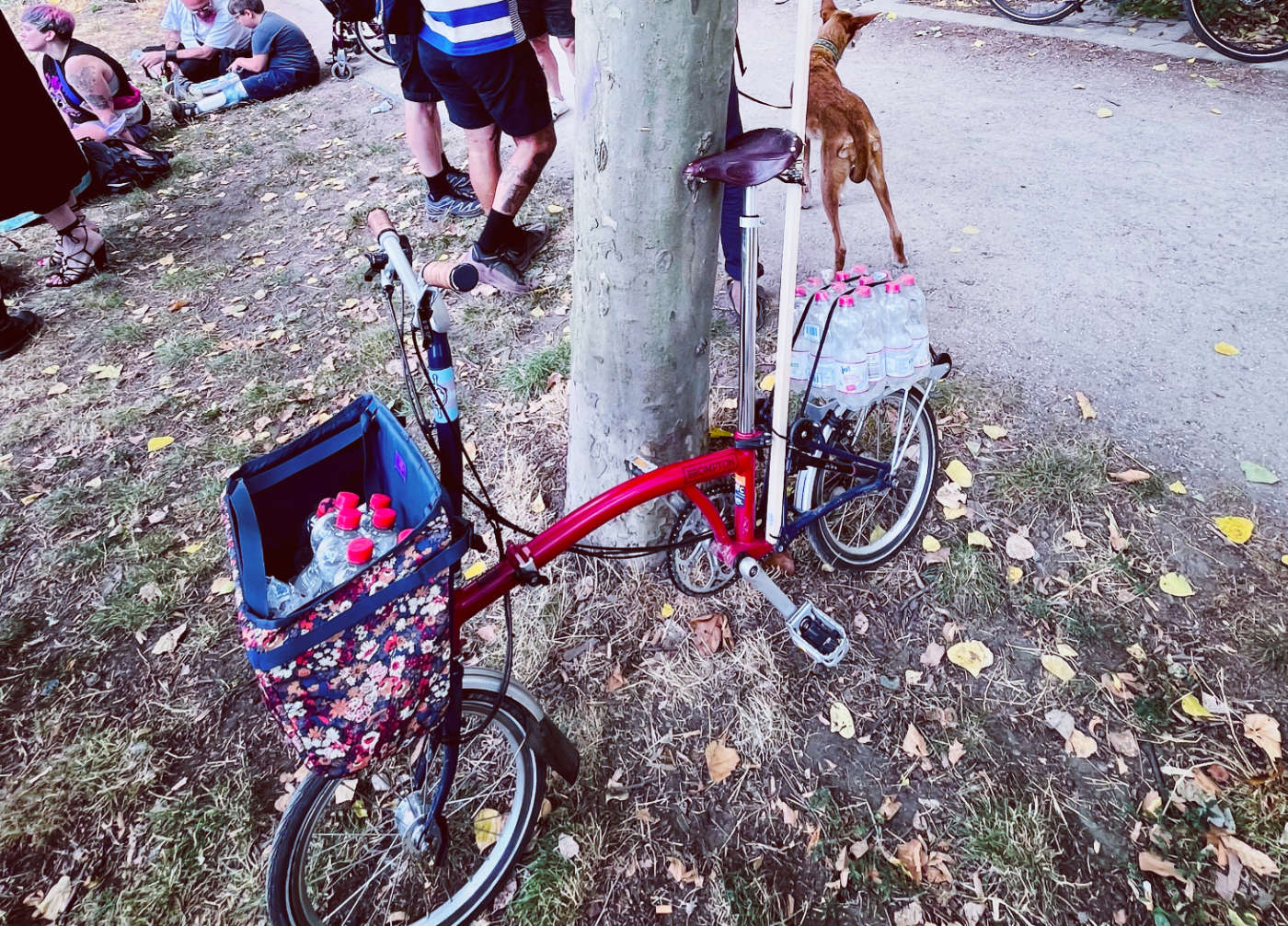 This really seems to be a thing people appreciate. Some even offered donations to cover the cost of the water. That … felt incredible. I would gladly do the same at other protests. This kind of support role fits me very well.

I watched Crouching Tiger Hidden Dragon on a remote date and I thought I had seen this film before but then didn’t recognize any specific scenes, only similar ones, and none of the plot strands. Now I’m wondering what that other movie was that I saw many years ago.

Crouching Tiger Hidden Dragon was good though, no surprise there really. It feels like one of those films that are universally beloved or at least respected, even by people with differing tastes. It’s just good.

In Rust land I have ventured on to a new project: rebuilding my Twitter automation tools

This means working with network APIs and therefore asynchronous programming. Rust makes a lot of that surprisingly easy with async/.await and stuff like Tokio. However I also ran into some limitations that Rust has (for now). The current stable version of Rust doesn’t support async closures or async trait functions. That makes injecting logic for async things into other functions impossible without third-party macro magic which I try to mostly avoid for now while I’m learning (Tokio being the big exception).

Both features are probably coming though, async closures maybe pretty soon even.

Shopify, my employer until May 2022 has now laid off 10% of their employees and done so in a way that I can only describe as insulting. People learned about this via email, not in a personal talk with their manager and/or and HR person as it’s usually common to do. My LinkedIn feed has been almost entirely shocked people for days now. Some are hit harder that others, but for some this might even mean they face risk of deportaion if their work visas depended on this job.

For CEO Tobi Lütke this may be a “bet didn’t pay off”, for many employees hit by the layoff, it’ll be a much more serious crisis.

I can only reiterate what I wrote on LinkedIn:

My LinkedIn is filled with people laid off by Shopify now and it’s just depressing to read.

There’s people questioning their worth as professionals even though what actually happened is a billionaire’s bet didn’t pan out.

If you’re affected: it’s not you, it’s them.

And by the way, according to Forbes, Lütke’s wealth has still increased from 3 to 5 billion USD during this failed “bet”. Fuck this.

Tom Nicholas: Why Elon Musk Couldn’t Save Free Speech – Some history on the concept of free speech and why the American idea about it is actually pretty useless.