I’m in the process of completing my video setup. For that I need to solve audio issues, pick microphones and get them hooked up to my camera. Luckily, the Blackmagic PCC4K that I use has all sorts of audio input options so I’m not really limited in what I can use. I should have read the manual more carefully though. It has a stereo TRS connector for dynamic and self-powered mics as well as line level signals but a separate mini-XLR connector for XLR mics that need phantom power. I wrongly assumed that it would all go through the TRS connector so I went and bought this abomination of a cable: 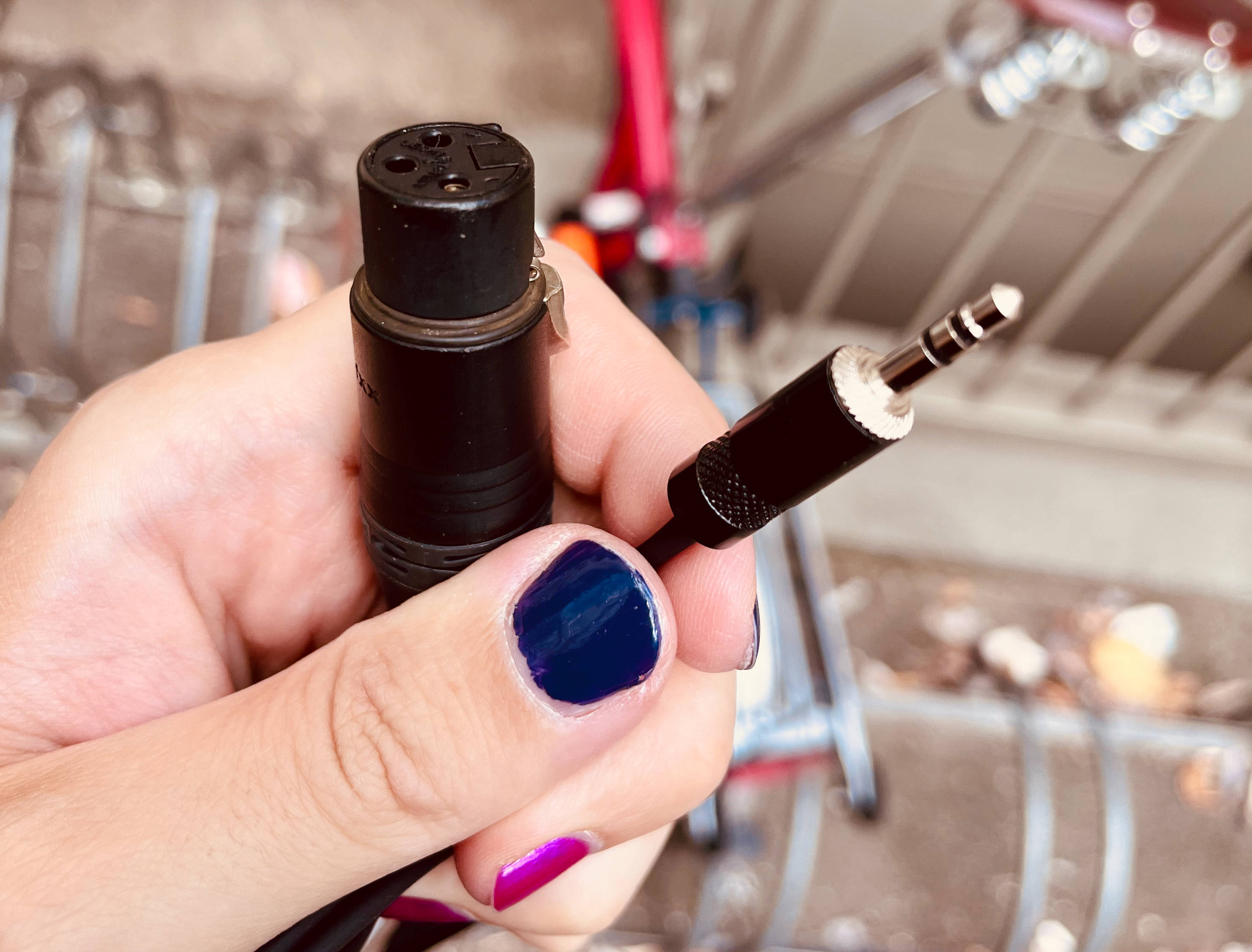 This cable shouldn’t even exist really. It negates the benefits of both systems. XLR is supposed to be mechanically robust, prevent shorts when plugging in, and make sure ground is connected first to prevent weird noises. TRS is designed to be small.

Thanks to a friend pointing out my mistake, I was able to return it and get the mini-XLR cable that I actually needed. These are almost impossible to find in professional audio stores though since they’re not used in the audio world at all. There it’s all XLR and 6.3mm TS/TRS, sometimes 3.5mm TRS too. Photo/video specialty stores have them though.

I finally watched The Green Knight. It’s an incredible film – weird, mysterious and beautiful. The color grading alone on this is amazing.

Someone just took this strange medieval poem and turned it into a movie without making it into a modern epic saga full of lore. I love stories that feel coherent while not explaining much about their world an this is definitely one of those. It reminded me of Andrei Tarkovsky’s Stalker, another film about a journey into a realm where the material and spiritual interweave and a lot of things are left to the viewer to interpret.

I made up a word:

What do you call a person who you’re dating but “partner” or other common terms don’t quite feel right?

Technically this term has existed before but there were no meaningful Google results for it in this context. It’s out there now, enjoy.

I gave Fortnite another try this week, while looking for a casual game I can play with friends, partners and datelings. I checked it out a couple years ago and bounced off because the UI was terrible, performance was bad on a PS4 and the building mechanics made it a little too busy for my taste. Now there’s the new “no build” mode which works much better for me. Also they overhauled the UI at some point and it’s more reasonable now, and performance on a PS5 is very smooth. I’ve had a surprising amount of fun with this game.

Still, a lot of the issues with it that Dan Olson lined out in his video essay Manufactured Discontent and Fortnite remain. It uses dark design patterns to get people to pay for cosmetic items and it clearly is designed to hook new players quickly.

For now, I try to enjoy it while staying mindful of these issues. If I end up playing for more than a few days I will probably buy some cosmetic stuff and treat it as the price of the game, which means that their tricks have worked but whatever, I’m the type of player who wears the same stuff for years anyway. Until now though, the lack of appealing designs in the in-game shop has prevented that.

What I like about the game is that it’s easy to get into and doesn’t have a lot of mechanics that you have to know. You can just pop into a match, try to win through very obvious means, and that’s it. There’s tons of other stuff like quests and daily challenges or whatever but they feel very optional. Also while it’s obviously a competitive game, it feels like it doesn’t attract the super competitive players. Winning a match out of a hundred players is realistic with some careful play and not much practice. That’s great because it satisfies the little bit of competitiveness I have in games but doesn’t require hundreds of hours to get good.

True Facts: The Self-Sacrificing Amoeba by zefrank, a weird and beautiful short documentary about amoeba teamwork

An Exhaustive Defense of Fanfiction by SarahZ. Her usual style of deep dives into somewhat obscure topics, although fanfic as a concept is probably one of her less opaque things to cover.

Building a Next-Level Camera, using an episcope lens for photography. By effectively using a huge “sensor” size, it creates incredible depth of field effects that would otherwise be impossible on modern cameras.