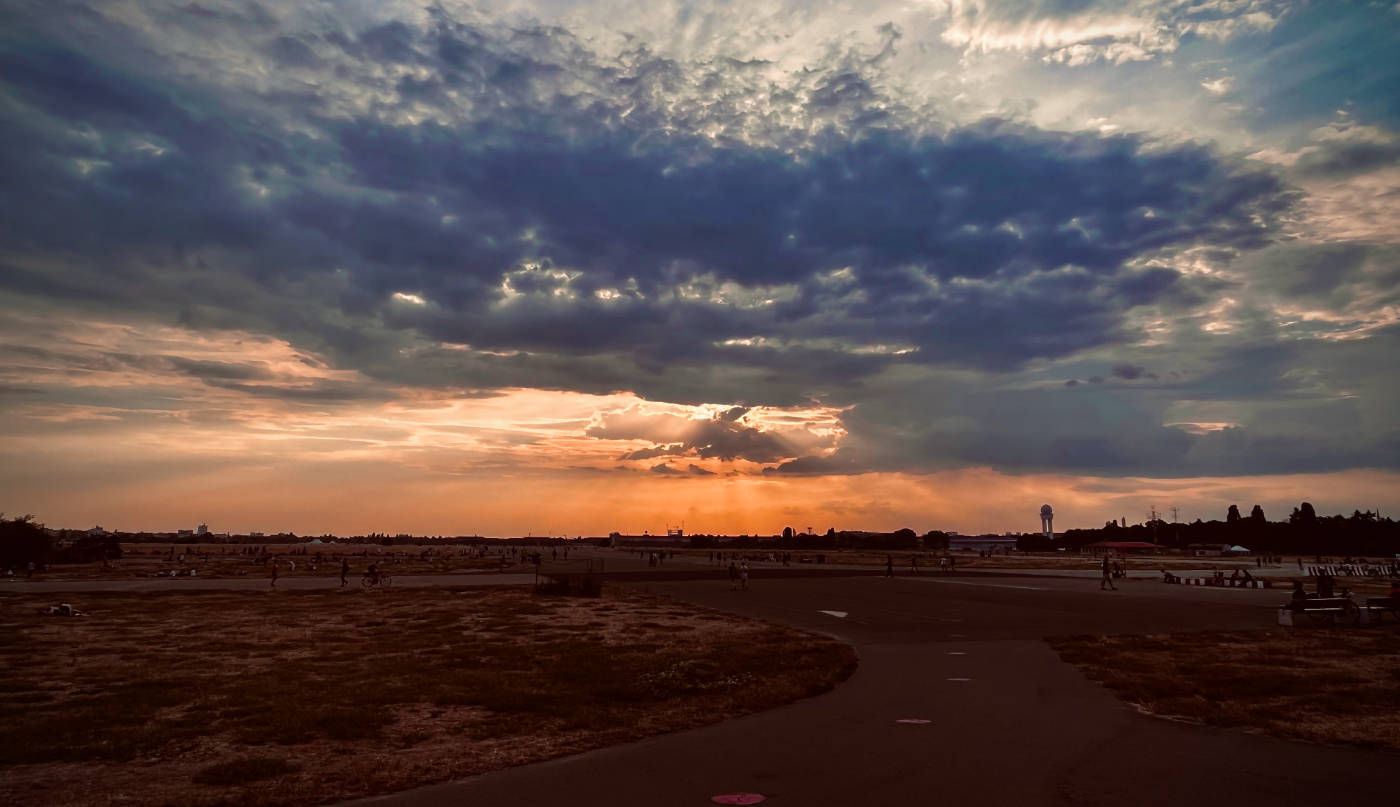 This week was incredibly hot in Berlin. Temperatures were consistently over 30ºC every day. That may not sound like much to people who live in much hotter regions but it gets bad when everything in your city is built for much lower temperatures, like most of central Europe is. This will likely continue in future summers and it’ll get worse. It’s manageable for now by reducing activity to a minimum, at least for me since I’m healthy enough to handle this heat, but for many it poses a significant health risk.

I had a guest for a few days and I got to do a few touristy things which I usually wouldn’t do in Berlin, like getting some vegan Currywurst at Curry 36. Turns out it’s pretty good. I also spent a lot more time walking around the city that usual since I’m on my bike mostly when I’m out alone. It’s an interesting perspective that I don’t often get otherwise. I packed my camera once but didn’t take any pictures. I guess I’m just not used to the practice of photo walks anymore but I want to do this some more again.

We also went out for dinner in Neukölln while completely over-dressed. We looked amazing. 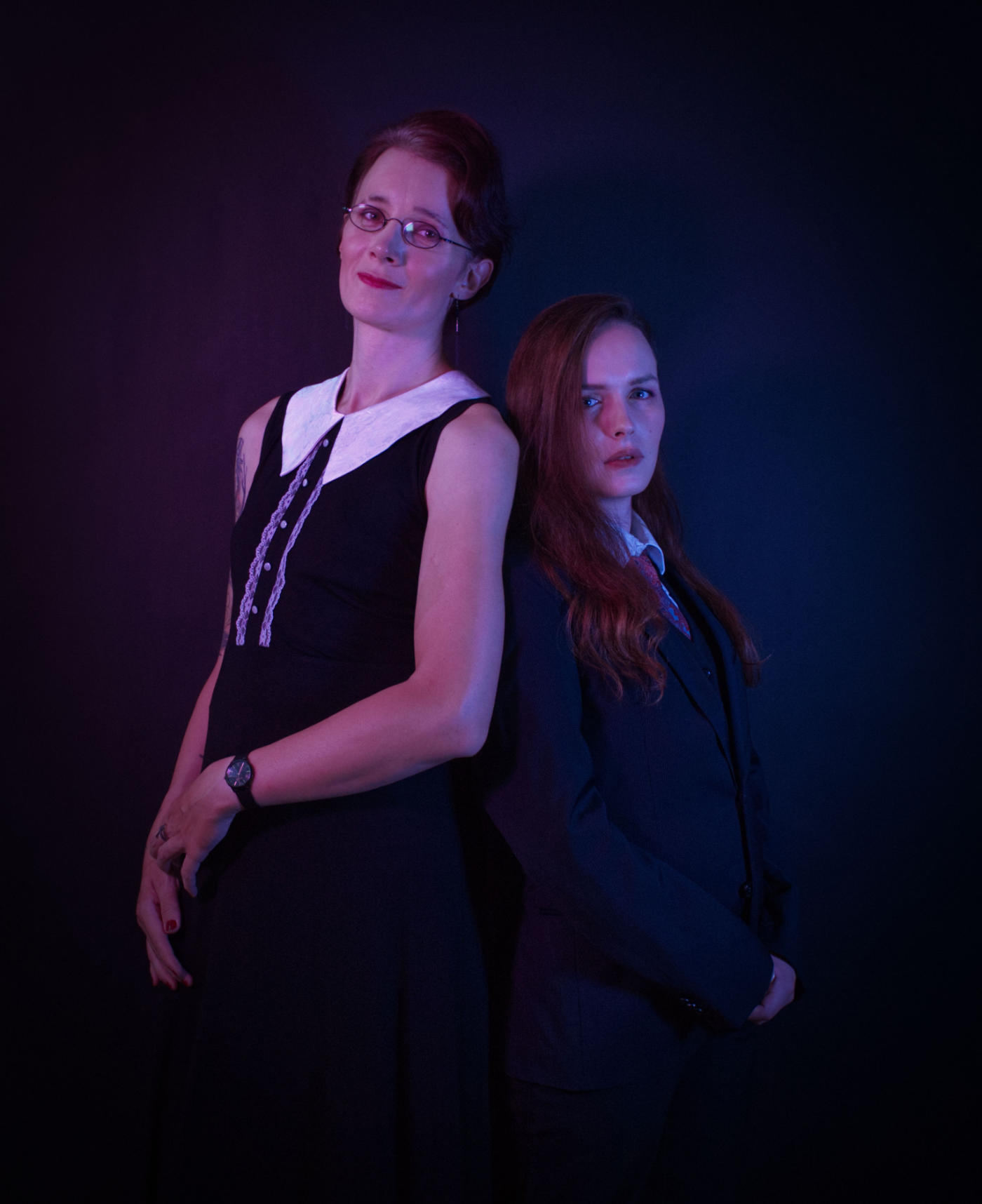 Sorry to Bother You was the kind of movie I encounter only every few years. Not only is it extremely sharp satire (and actual satire, not the punching-down that a lot of comedians do) but it has surprising ways of doing it. I watch a lot of movies and I pay close attention to how film tells its stories. If you do that for a while you learn the language of film quite intuitively and you start to kind of “complete the sentences” where “sentences” here are made of shots, edits, sound effects, etc, along with actual spoken words. Sorry to Bother You manages to surprise in several moments where I though I knew how the film would be telling the thing that is was building up to in a scene but then did something clever and unexpected. Most notable the concept of the “white voice” where the usual voice of an actor is seamlessly replaced with an overdub from a clearly different speaker.

The way this film depicts modern labor and the technology companies behind it hits very close to home after spending many years in the tech industry. There’s a CEO of a big exploitative corporation in there that might sound exaggerated to most people but I’ve heard too many people in my career talk exactly like this and show the same kind of disregard for human beings.

I moved closer to completing my video camera rig by adding a few rods and clamps to the camera and monitor can be a single unit. Now I’m just missing a battery pack to power the whole thing. I’d like to get a used one in order to avoid battery waste but it’s been difficult to find those in Berlin. 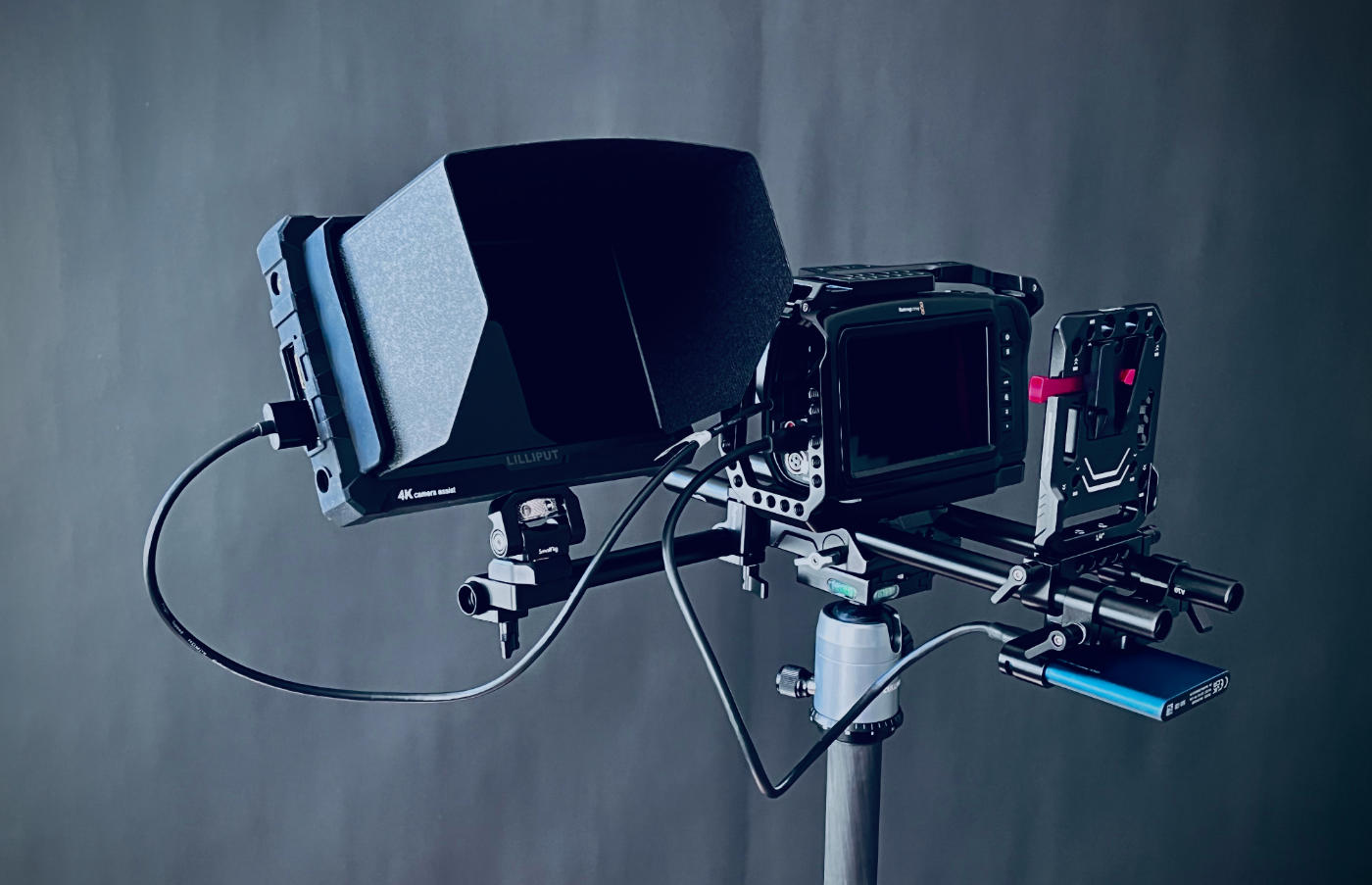 The video studio setup is also coming along nicely, now finally with a proper backdrop. This also shows nicely how improvised the camera/monitor situation used to be with the monitor clamped into the side of my tripod. 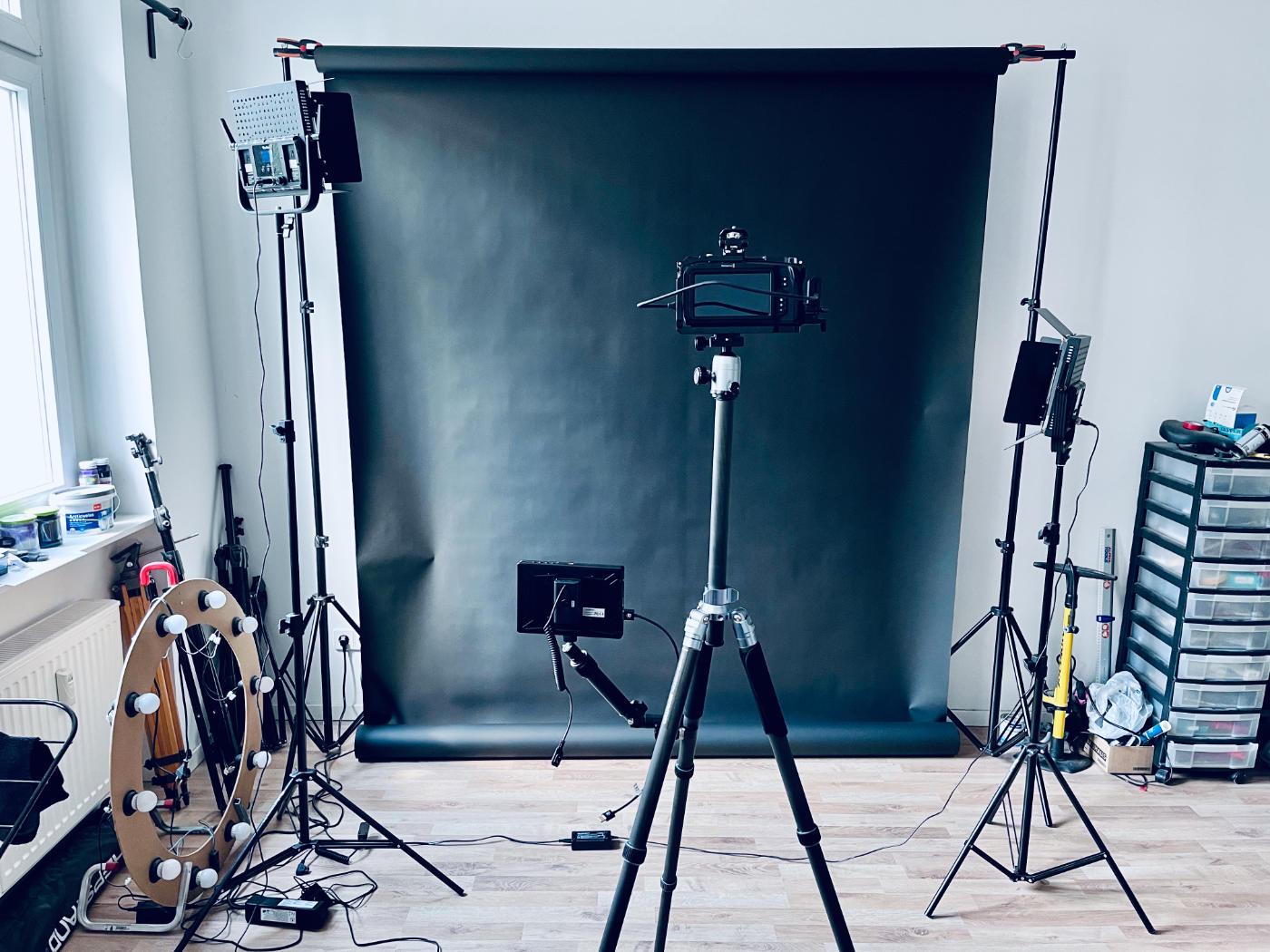 I wrote a little R script to analyze the access logs for my website (including this one here) for which my file hoster provide CSV based logs. To my surprise there’s actually some good traffic on here. I often assumed that text-heavy websites don’t see much attention anymore because most audiences gravitate toward audio and video. Nice too see that’s not entirely true. 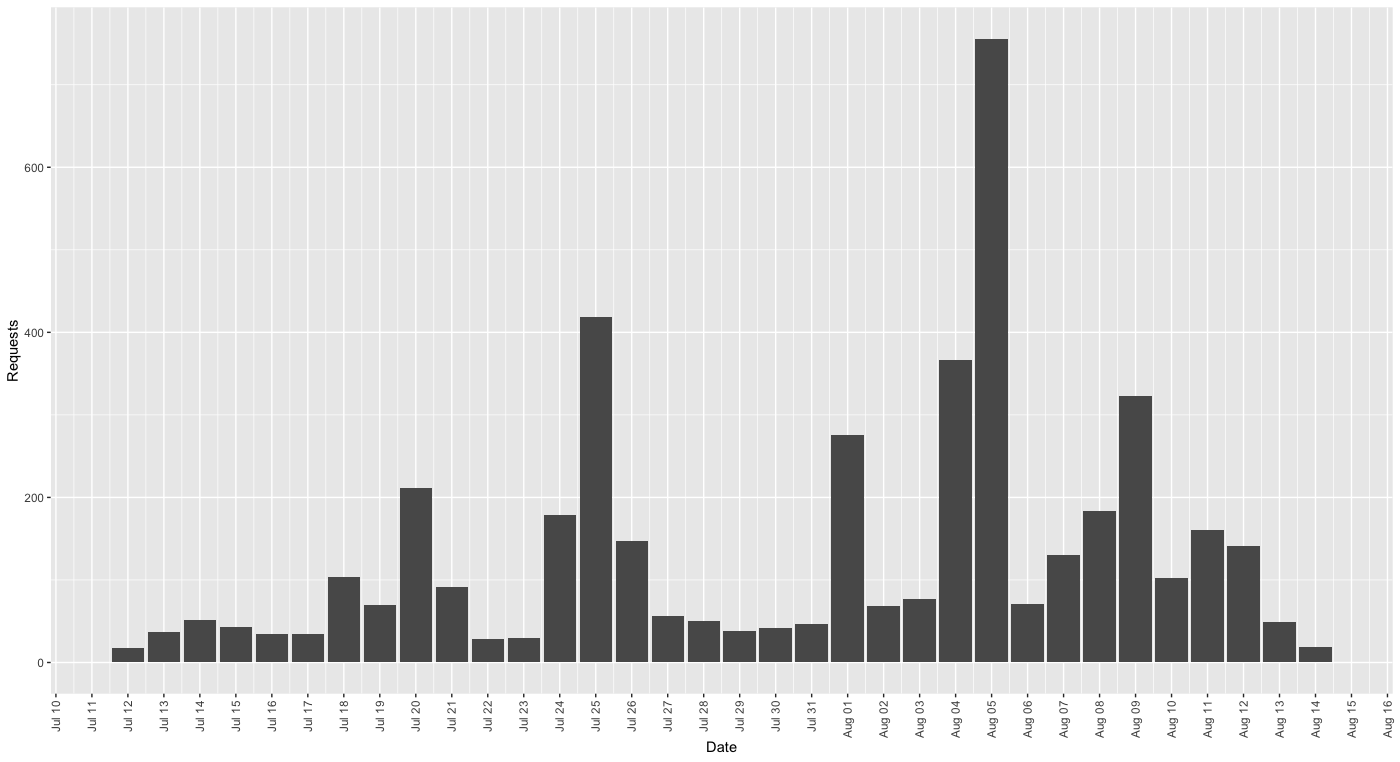 Red Means Recording’s video on How to (Not) Buy a Synthesizer has some very good advice for dealing with gear acquisition as a creative person. He talks about music gear but the same applies to a lot of other things. I’ve certainly noticed the same things with photo-video gear in the past for example.

SpellRight is spell-checking extension for Visual Studio Code that actually works for me. I’ve struggled with this for a while and often resorted to copying things into macOS’ TextEdit just for a spell-checking pass. The good thing about it is that it uses to OS’ dictionary so terms I’ve added from other applications are still recognized. Many other spelling extensions provide their own dictionaries instead.

CGP Grey released The Simple Secret of Runway Digits which starts out about niche information about airport runways and the leads into a really good explanation on how the Earth’s magnetic field works.

PS: I’m wondering what Dan Olson is up to next. It’s been a while since the amazing Line Goes Up and I can’t wait for what comes next.