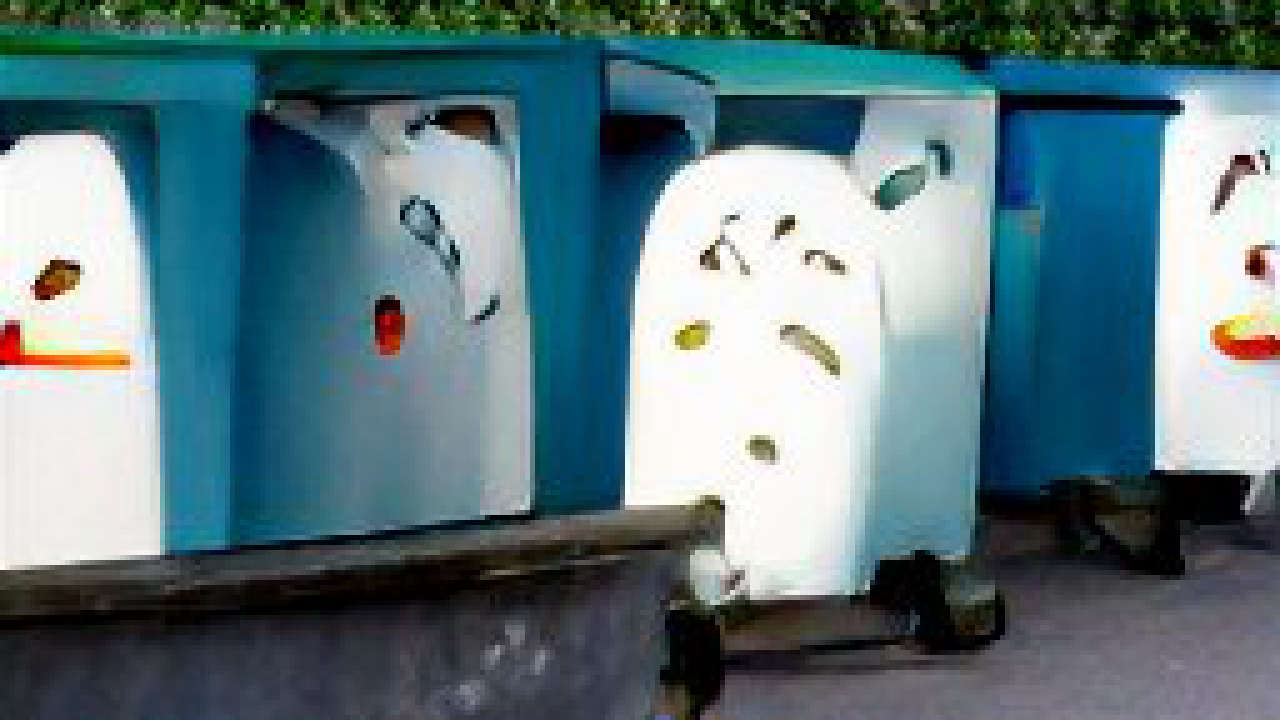 Taking out the garbage …

The image above was generated by a machine, DALL-E Mini (now called Craiyon) to be exact. The prompt was

I have complicated feelings about these “AI” image generators. I’m deliberately putting “AI” in quotes because I think it’s misleading to call these systems “intelligent” at all. They are highly purpose specific machines that spit out results according to text prompts. Just like image classifiers (machines that can find human faces, cats, or whatever in images), they are essentially statistical models that have been fed absurd amounts of data. They have as much problem solving ability, intent, and awareness as a spoon, and spoons aren’t intelligent, even if they are very good at their purpose.

Now, things like DALL-E are interesting toys and certainly fascinating as technological curiosities, I won’t argue with that. People are having fun with them which is great, and some people use them to make art, depending on what you define as art. One of the core criteria I use to define art is intent. If someone creates something with the intent of making art, it’s hard to argue that it’s not, regardless of whether it’s any good. Trashy art is still art. Low effort art is also still art.

Theres also the concern of how much electrical power is used to build and use these machines, there’s worries about the environmental impact, and about how they’re usually funded by giant tech corporations who are definitely not interested in art, but in advances to technology that more often than not will find oppressive uses in state violence (e.g. riot control robots) or surveillance (face detection).

But there are aspects in this whole image generation thing that are deeply disturbing to me. Check this out: 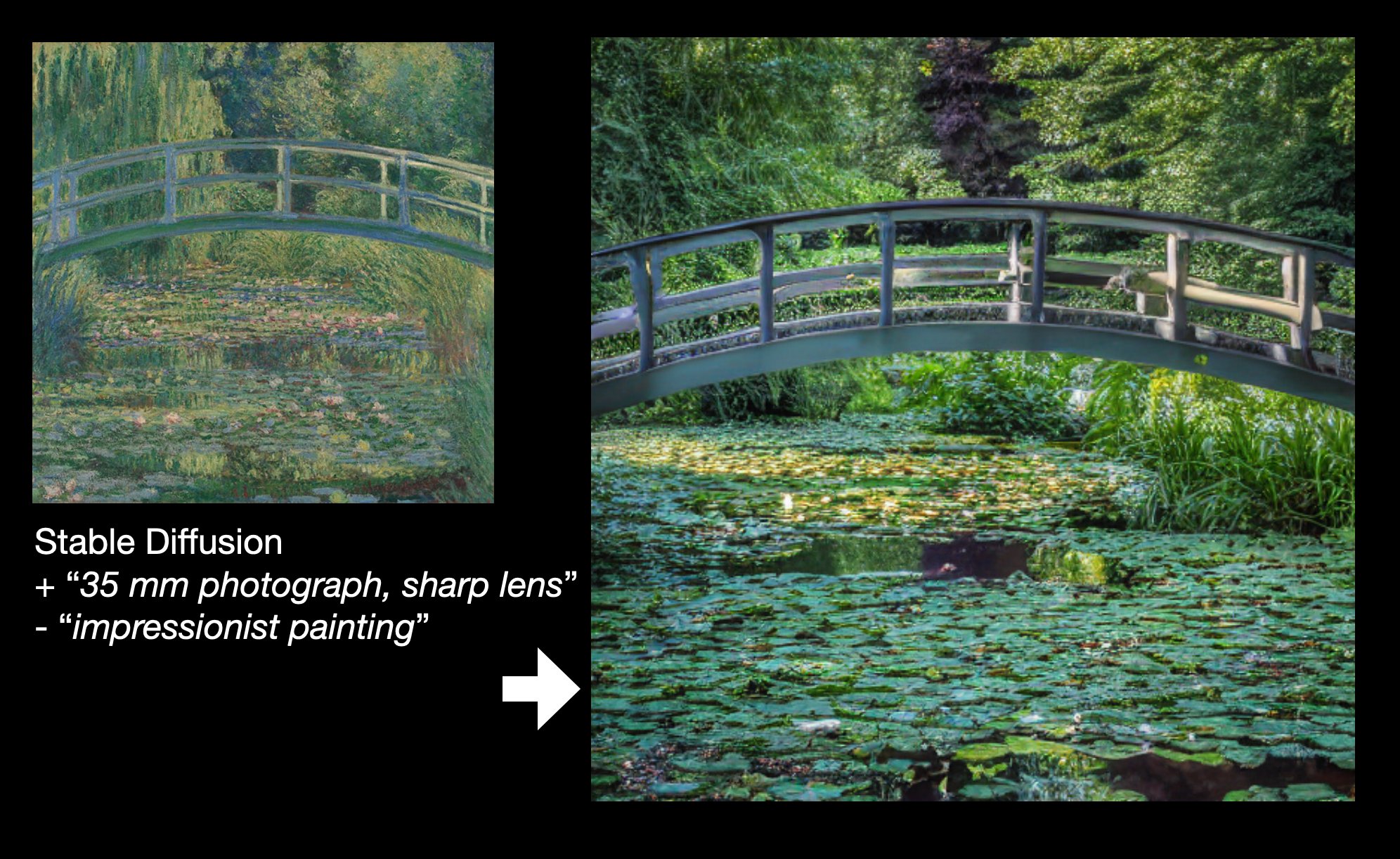 I have a visceral emotional reaction to this. I hate this with every fiber of my being. If you want a photo of a bridge over a pond, there’s plenty of those, really good ones. Why on earth would you go with “I’ll strip an intentionally non-realistic painting of everything that made it meaningful”? It feels perverse. The Verge had an article about something similar: expanding the frame of a painting, adding more scenery around the original. I ask: why? Did occur to these people that the artist chose the frame intentionally? And worse: I’m sure some people will see these very convincing modifications and assume they are the original paintings.

Maybe I’m being unreasonable about this but the whole fad about “AI” worries me a lot. We’re building huge machines that reinforce existing power structures and biases and I think it’ll slow down or even reverse a whole lot of social progress.

This week I also took out a lot of emotional and psychological trash. I’m feeling much better than the two weeks before. I guess a painful cleanup was desperately needed. I’m very lucky to have loving and supporting people around me who have helped me through all this.

However, this week also brought the terrible news of Malte C., a trans man who was murdered at a Pride event in Münster (Germany), as well as other incidents of anti-queer violence. I feel like some part of me refuses to feel grief for this because it seems so utterly powerless. I’d rather be angry and furious at a society that still doesn’t take this violence seriously but we’re not allowed to show those feelings because they’ll be used against us immediately.

Maybe as a distraction from painful news but also as a conclusion to an emotionally turbulent time, I spontaneously got a new tattoo that I’m very happy with. Scriptorium Berlin had a walk-in day and they had this little abstract glyph design available. It doesn’t represent anything specific, but to me it looks like three candles with their flames merging into one. 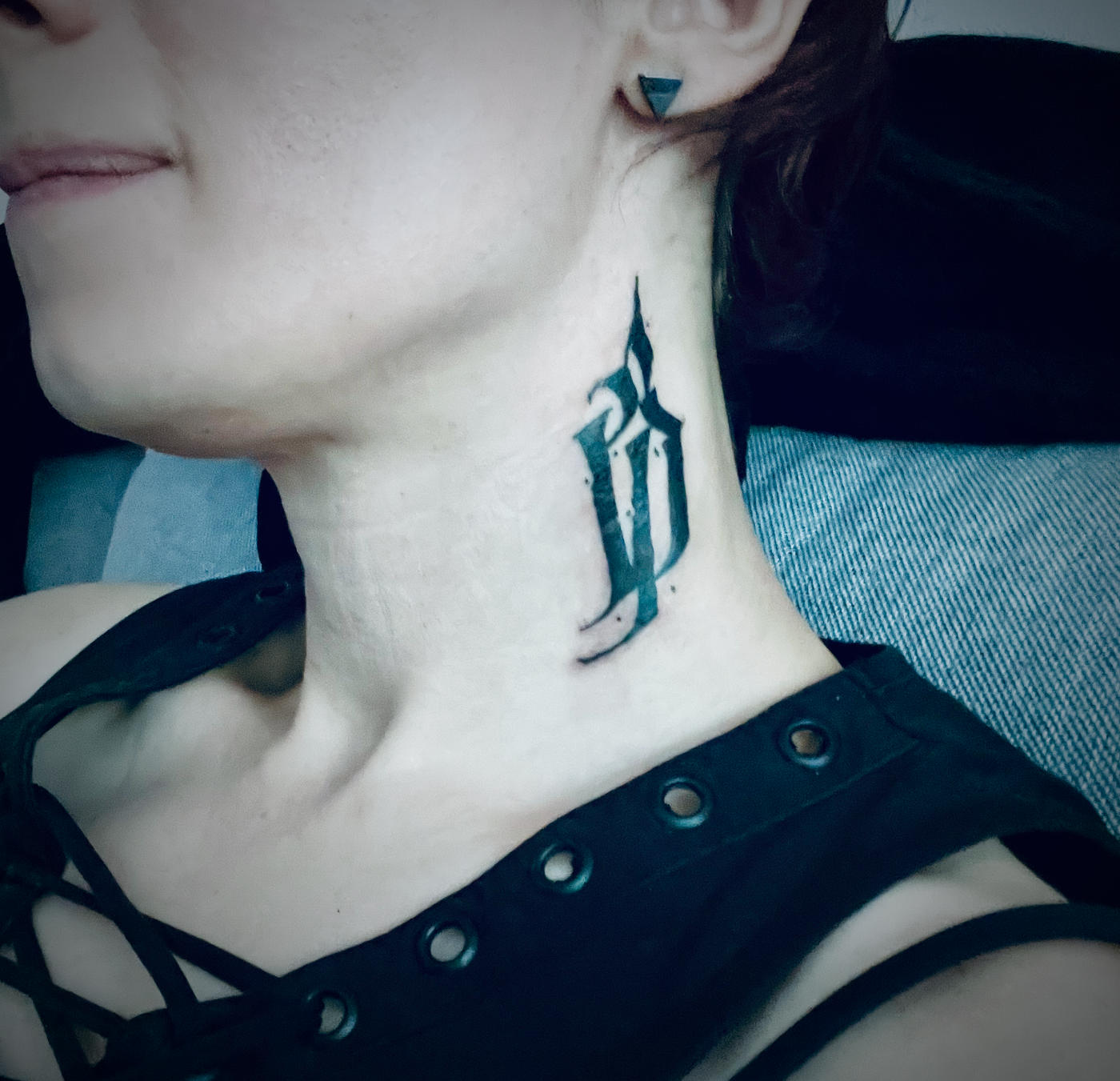 I finished watching The Sandman. I mostly enjoyed it but my criticism of the anamorphic treatment remains. I also didn’t connect with Dream as a character. I have a hard time with characters (and real people for that matter) who complain constantly without seeking solutions and he is one of those. My favorite character was definitely Death and I appreciated the hopeful and kind portrayal the show gave her.

Overall, I’d recommend it but it wasn’t the huge deal for me that it seems to be for fans of the graphic novel.

After many years, I also re-watched The Right Stuff and I was surprised how weird it was in terms of structure. It’s a pretty old movie at this point and not what I would consider experimental or avant-garde in any way. But it doesn’t follow any traditional story structure really. It’s just a series of small vignettes and it feels more like a slice-of-life anime than a big-budget Hollywood movie, maybe that is why it wasn’t a financial success. I enjoyed it.

Links and other media

Hainbach made a beautiful video about the LYRA-8 synthesizer and how certain instruments bring almost a necessary character into any piece of music that they’re in: How Textures Tell a Story

I was reminded of “Never Play Defense”, part of Ian Danskin’s series “The Alt-Right Playbook”. It’s a great summary about how typical arguments with bigots usually aren’t helpful and may even help them more than anyone else.