The Week That Was Two 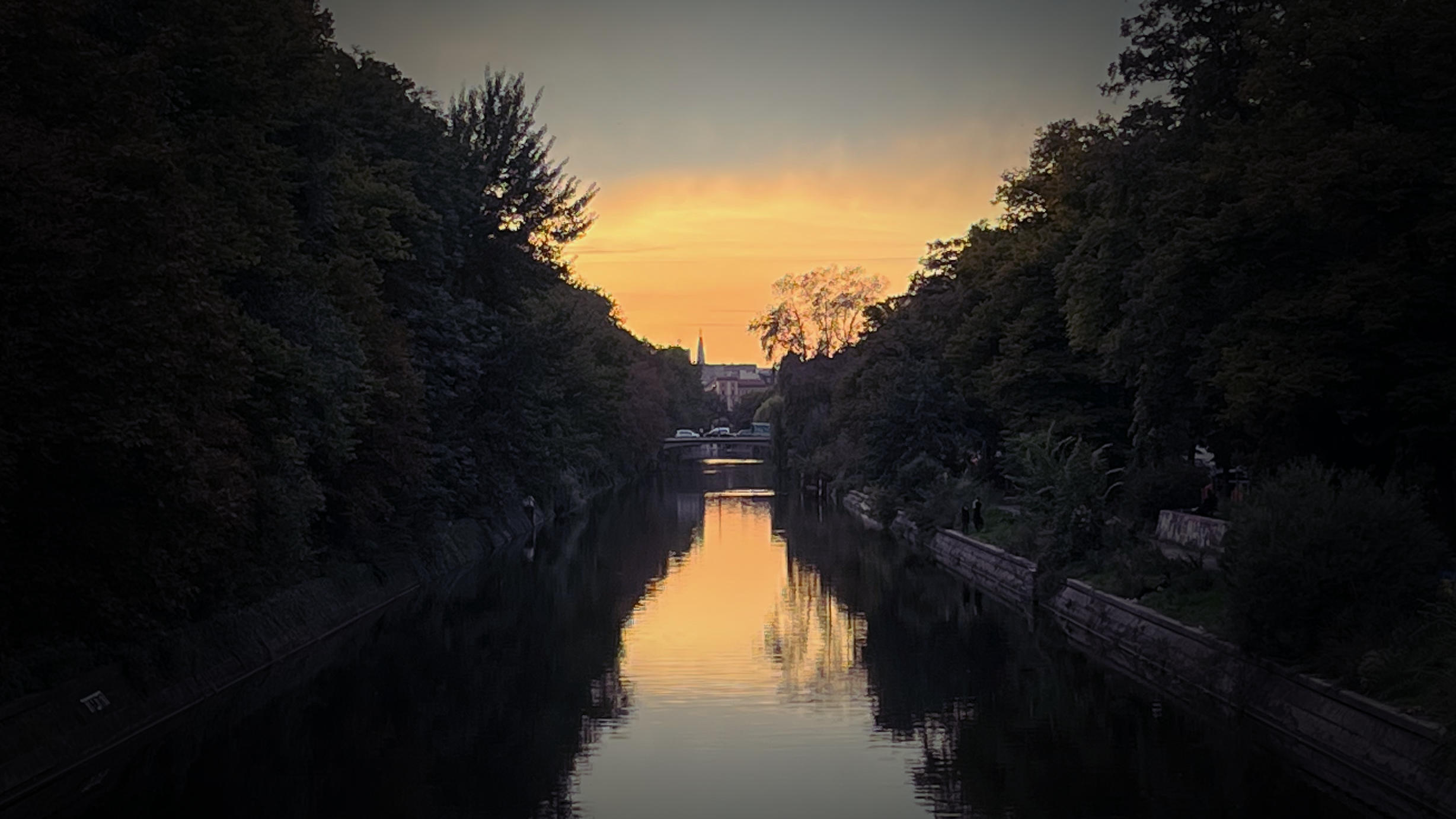 Last weekend I skipped my weekly post because there was just too much going on and too little time for writing anything between dropping one date off at the airport and almost missing my train to visit another. It all worked out though.

I went to Munich for a few days during Oktoberfest but it was much more relaxed than I had feared. I did see a few people in the traditional Bavarian costumes in the city and a few drunk people but I stayed clear of the actual festival area and it was fine.

While at the airport I got to taste my first Pumpkin Spice Latte and I think it will have been the last one as well. It’s not bad but at least the Starbucks version is so ridiculously sweet, it was too much for me.

While in Munich I finally got to play Breath of the Wild. I don’t own a Switch so I didn’t have an opportunity. I’ve never finished any Zelda game before because I always bounce off of them after a few hours but I was hopeful for this one since a lot of people said it was very different. Turns out, I bounced off BotW for different reasons. Mostly the resource management and the huge amount of walking you have to do in this game really weren’t for me. I should just avoid Zelda games it seems.

On my long rides I got a bit deeper into iOS Shortcuts, after iOS 16 dropped and they’re surprisingly powerful. Programming them on a phone is pretty cumbersome and the editor is still quite buggy but the fact that I can make little utility programs on my phone is pretty cool already.

Here’s a few I made:

I used this trip to start a book that has been sitting on my shelf for a while: Tamsyn Muir’s Gideon the Ninth. It’s the first big non-fiction piece I’ve read in quite a while and it takes some effort to get into that mode of reading again but so far it ‘s good.

After coming back from Munich, I was off to Berlin Tattoo Convention 2022. Last time it happened was in 2019 and then they skipped two years due to COVID-19. And just like last time, I went home with two new tattoos, number 10 and 11 in total for me. 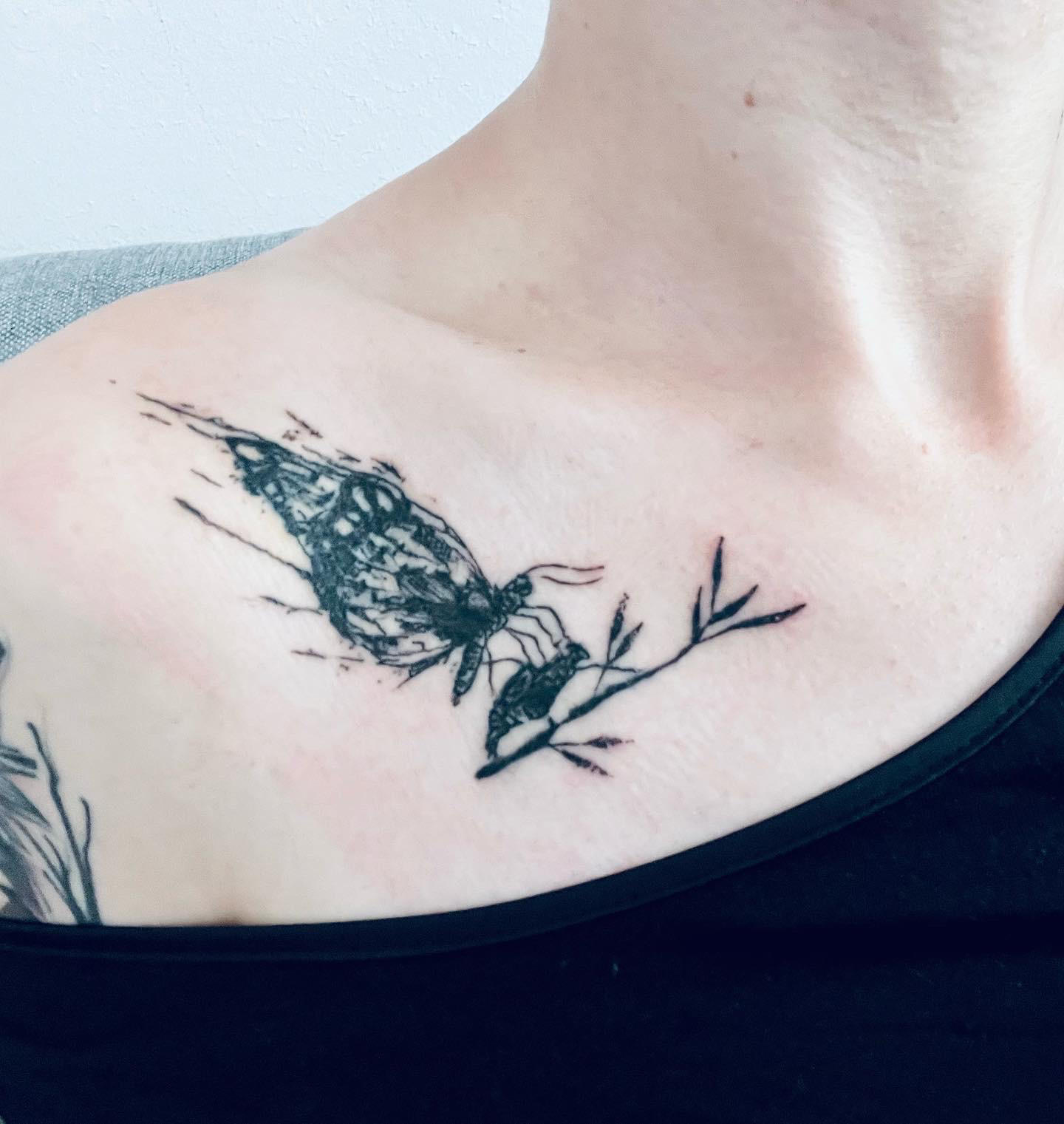 The whole pretty-butterfly imagery around trans women is really not my kind of thing but I do like the theme of metamorphosis and this moth really caught my eye and a nice polish artist was having me as her first client of the convention. 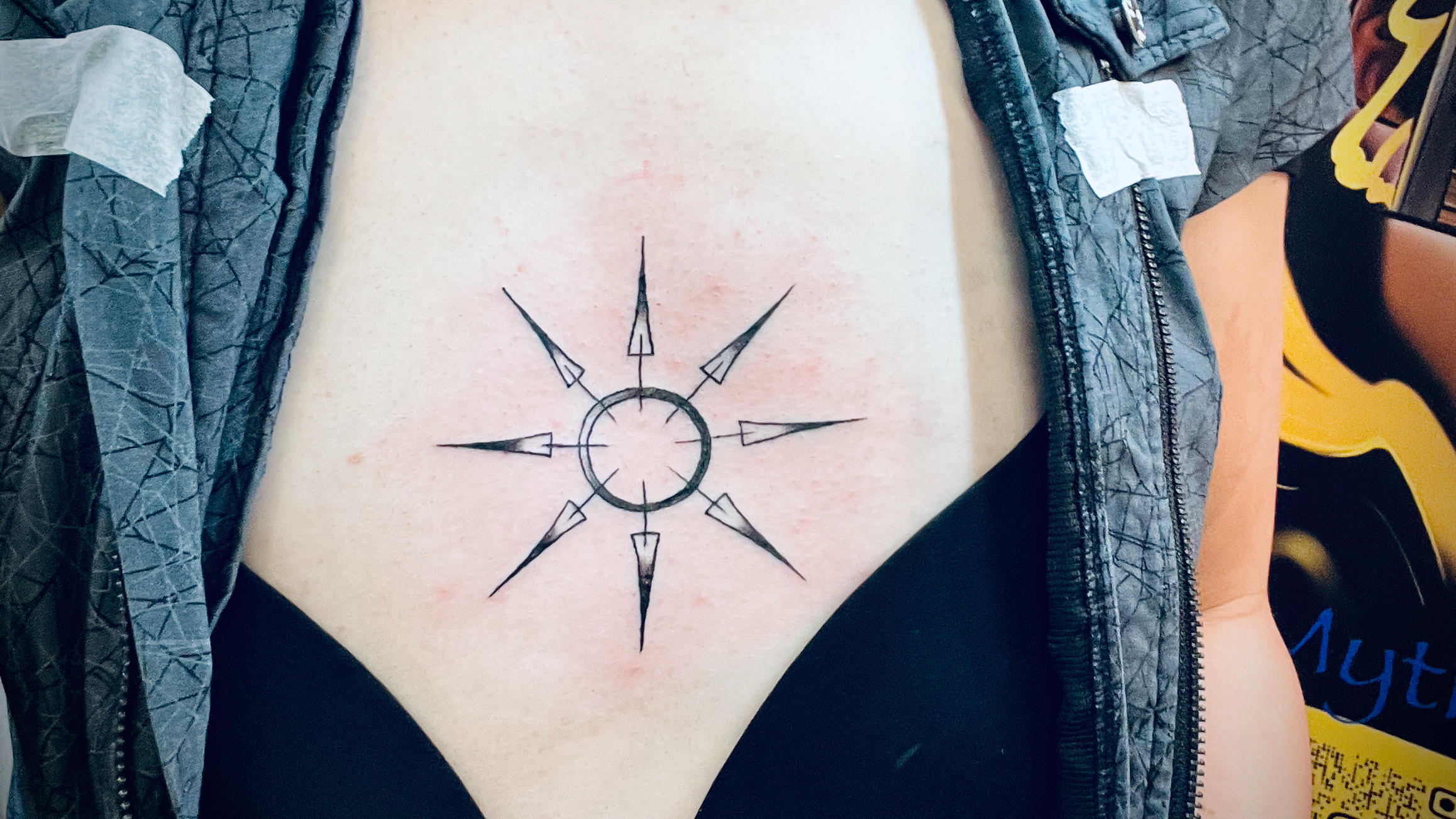 I had long been looking for an eight-pointed-star design, specifically a chaos star, and everything I would usually find at conventions was either too simplistic (see the ones on the Wikipedia page) or too ornamental and floral. I got into a conversation with an artist from Sweden after looking through his design folder and he just whipped out his iPad and started designing. We had a bit of back-and-forth and arrived at exactly what I wanted.

Sadly there was also an incident where another artist decided to just touch my arm, suggesting to put a tattoo there, without my consent or even talking to him. Next time I’ll reconsider going to one of these conventions by myself but of course it would be better if events were just safe for women in the first place.

Overall I had a good time and got two very nice new tattoos out of the weekend but I was also a bit disappointed. I saw way too many booths that had the exact same designs on display while still presenting themselves as “custom tattoo” artists. I don’t have an issue with flash, but it should be labeled as such. And I really don’t need to go to a convention to see 20 identical line-art paper plane designs. I also feel like there were more booths occupied by large companies with several artists, often with sponsorships (e.g. from Monster energy drinks) this time. Again, not a problem by itself but if it’s a larger trend displacing small artists and studios, that would be a shame.

I set up a TOR Snowflake proxy on a Raspberry Pi to help a little bit with circumventing internet censorship in places like Iran right now. It’s not much but it’s something I can do with the resources that I have. 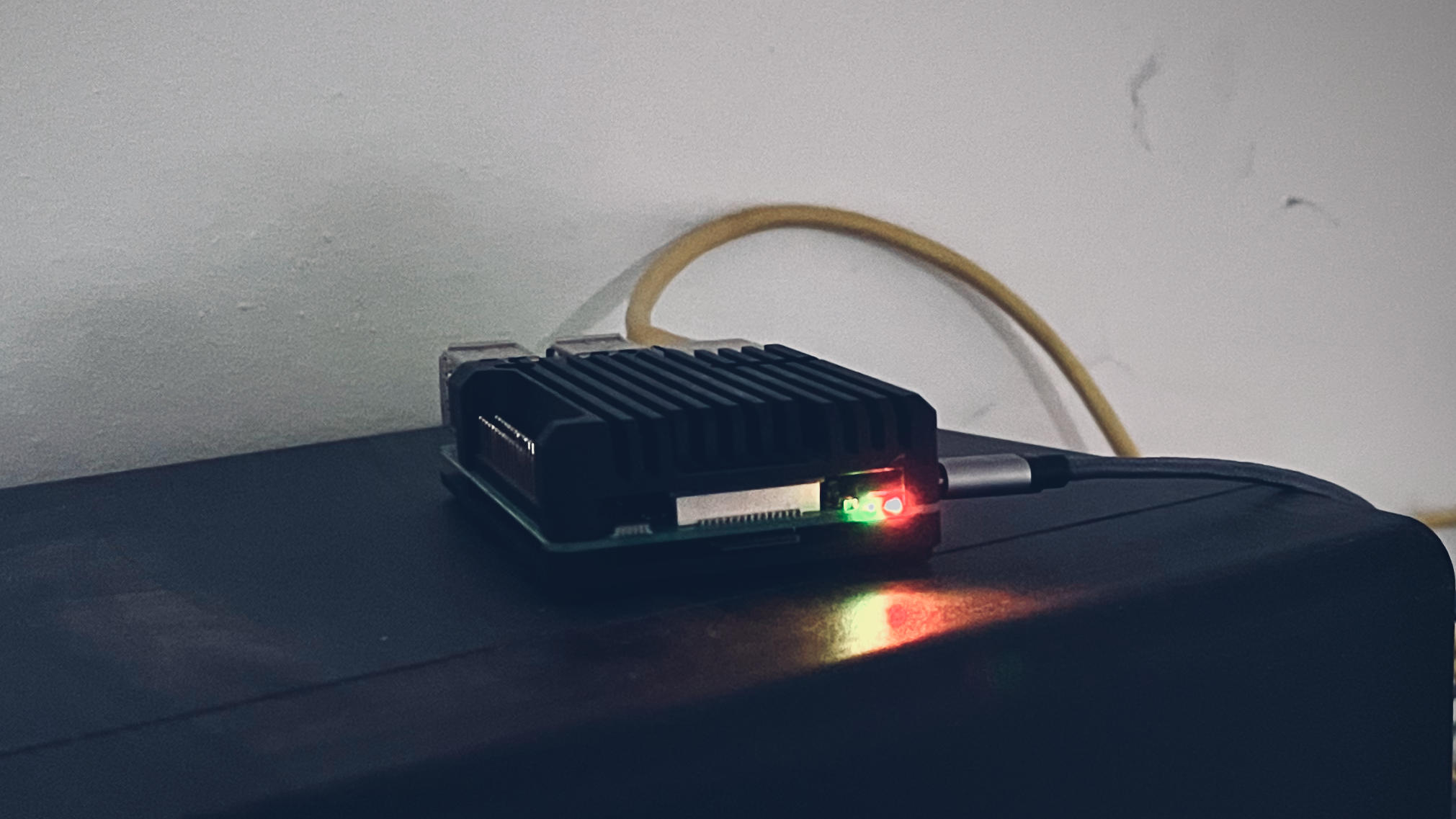 Polly Scattergood, one of my favorite musicians recently released a limited and signed vinyl edition of her 2009 debut album “Polly Scattergood” which is an album that means a lot to me. Several songs on it have carried me through some really hard and painful times, especially “Poem Song”:

Of course I had to get this and it arrived just as I came back from my trip. 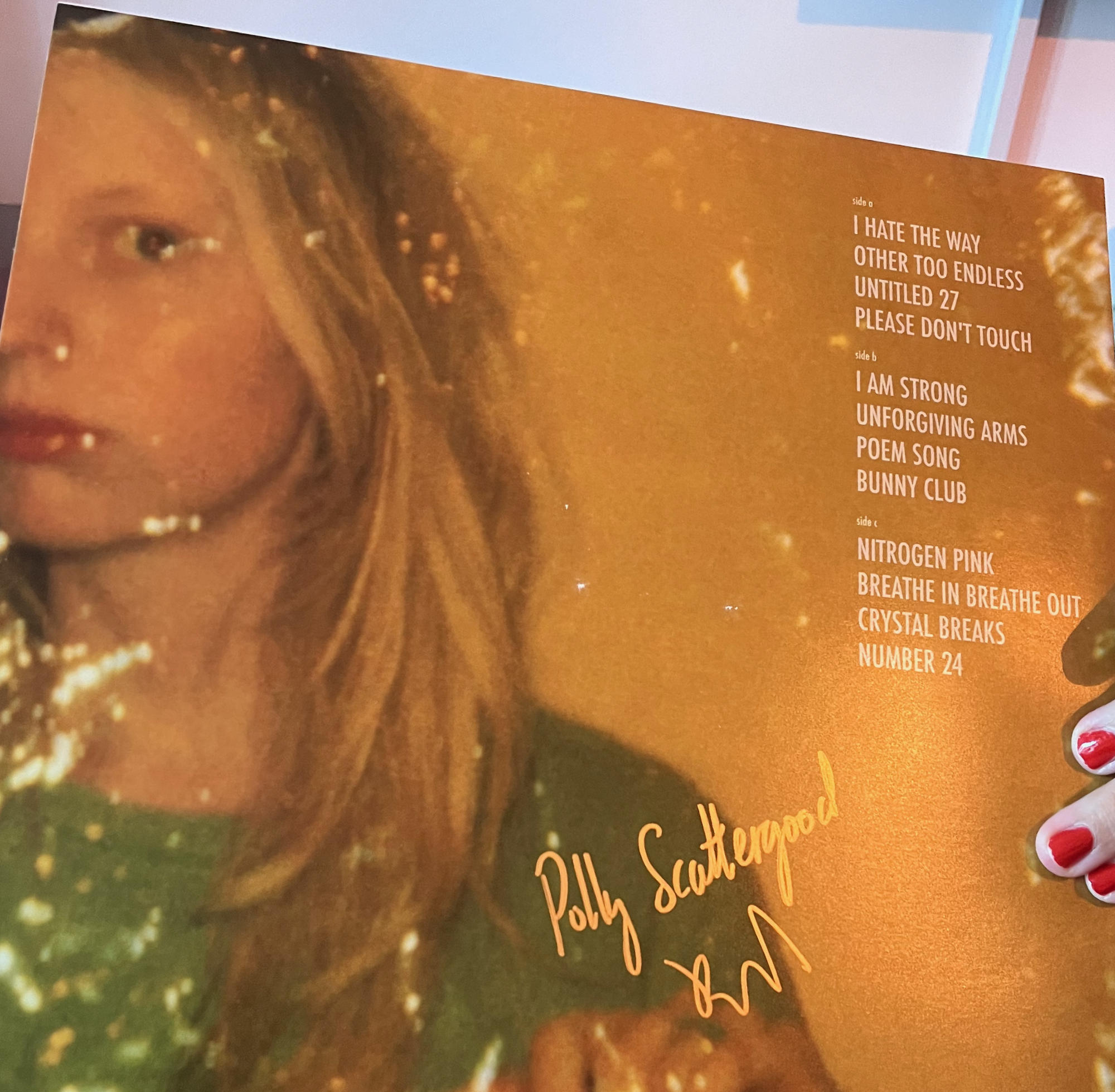 It felt really good to hold a physical artifact in my hands of something that means so much to me.

Everything Is Alive has started a new season with “Alzo, Rental Car”. It’s one of my all-time favorite podcasts. I recommend listening to the entire show. It’s worth it.

Thor: Love and Thunder was a weird film. On one hand it was very funny, on the other it had wild tone swings into horror territory and a very unexpected and questionable theme of child soldiers. Not sure how I feel about this one.

Someone created a hashquine (a file that displays its own hash value) in the PNG format. That’s pretty impressive.

“AI” generated art continues to be a hot issue. Kotaku had a good article on this recently.