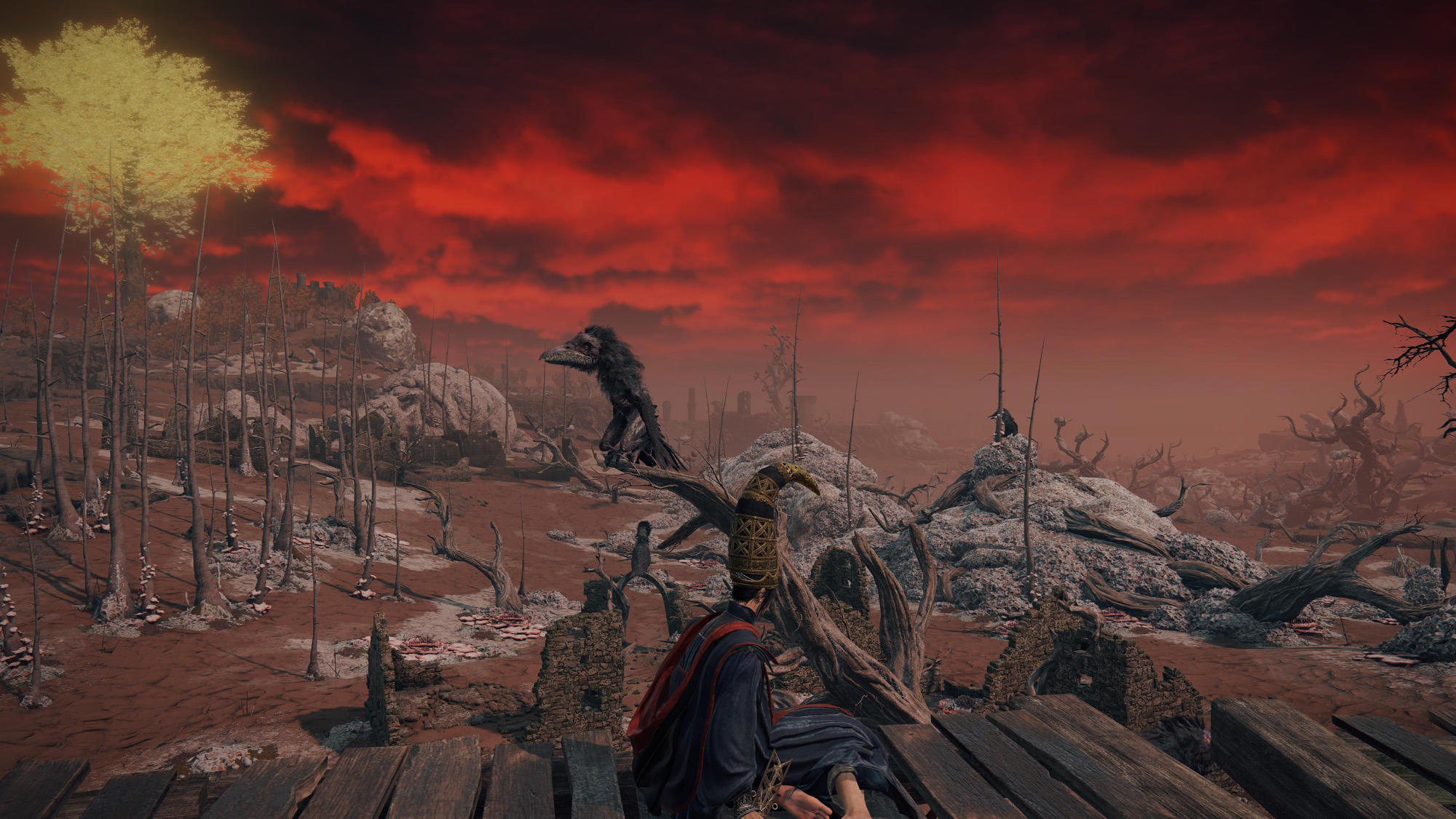 “Who Is To Say That The Cardinal Sin Must Be Cardinal Forever?”

It’s been a difficult week again and I struggle to focus on anything productive. So, looking for distraction, I started a new run of Elden Ring. I still haven’t finished the game and my previous two attempts weren’t very promising. My first try with a melee dexterity build turned out to be extremely difficult, much more than any other Souls game I played before, and my second one using sorcery was doomed from the start because I accidentally killed the main sorcery teacher, locking me out of very important progressions with that character. I started that attempt again, not repeating my mistake this time and it’s been going quite well. I made it pretty far into the late-ish game (currently in Crumbling Farum Azula, if you want to know exactly).

Playing as a pure sorcerer is quite fun, more than in other From Software games even because spells in Elden Ring are much more varied, situational, and also dramatic. It feels very cool.

Still, Elden Ring doesn’t have the same pull for me as Dark Souls 3 had and that’s understandable. DS3 had an emotional impact on me that no other game and few pieces of media in general ever had. I doubt I’ll sit there crying happy tears at the end, like I usually do at the end of DS3, the actual end, when you give the ink to the painting lady.

After eight months, the last of the medications I had to take after FFS is now done. It makes the whole thing feel a little more “done”. Although I’m ware that there are still slow changes happening well into next year probably.

I realized that one of the hardest things for me when struggling with mental health and disability is forgiving myself for not “functioning” well enough. I always feel like I’m not trying hard enough, even when I’m totally exhausted, like a few weeks ago when I could barely get up the stairs to my flat.

I currently am lucky enough to have the option to take a lot of time for myself but then I think about what people would do who can’t do that, which is of course very unhelpful. A recurring theme is questioning whether I’m “allowed to” take time for myself. And, or course, if anyone else would be asking this I would tell them “of course you are and there’s no reason for guilt or shame in that” but then for myself, that becomes very hard to apply.

But at least I’m aware of this. That’s a start.

I watched “Return to Space”, a Netflix documentary about SpaceX and Elon Musk. Now, you might think that this would be a mistake, and for the most part you’d be right. It’s terrible, cringeworthy and utterly embarrassing. But it’s also a really effective demonstration of how propaganda works, and how it can easily abuse the language and format of documentary. This film is so full of half-truths and downright lies that it would take me forever to get into the details. Luckily, the folks at Kino Lefter, the socialist film podcast, have done exactly that in their “Elon Musk Disrespect Hour”. IF you can stomach the film, I would recommend watching it (maybe do something actually good while doing that, like playing Elden Ring) just in order to the enjoy this podcast that rips into every little annoying detail.

COVID-19 infection and hospitalization rates are rising sharply in Germany and elsewhere and it’s really worrying me. A lot of people worldwide are still completely unvaccinated and even those who got their initial two doses back in 2021 and may believe that they’re safe because they are “fully vaccinated” may have very little protection at this point due to waning immunity after a few months. Adoption rates for a third dose have been a lot lower in Germany and very few people have gotten a fourth. I’m lucky enough to live in Berlin where boosters for the BA4/5 variants are available now so I’ll go for my 5th shot next week which will at least put me personally a little at ease. But I fear the coming winter will be tough. Almost nobody is wearing masks indoors anymore, the current variants of SARS-CoV-2 are far more infectious and immunity in the general public is falling. I wouldn’t be surprised if things get as bad or worse than they did in the winter of 2020/21 when we saw over 1000 deaths per day at the peak of the second wave.

I continue to be impressed by the M1 processor in my 2020 Mac Mini. This week I re-encoded a lot of my media collection, mostly 1080p video and while according to sensors the fan spun up once, I was still unable to hear it, despite the machine running under heavy load for the better part of each day.

Brian David Gilbert has a new video: A terrible guide to the terrible terminology of U.S. Health Insurance. I have knows for quite a while that the US healthcare system is terrible, but it’s actually so much worse.

Mia Mulder has another great video essay about “transvestigation”, the conspiracy theory that every powerful person in the world is secretly trans. Unsurprisingly, the people who are into that idea are also super racist.

There’s a really good song in The Rings of Power episode five: This Wandering Day