Week of the Ring 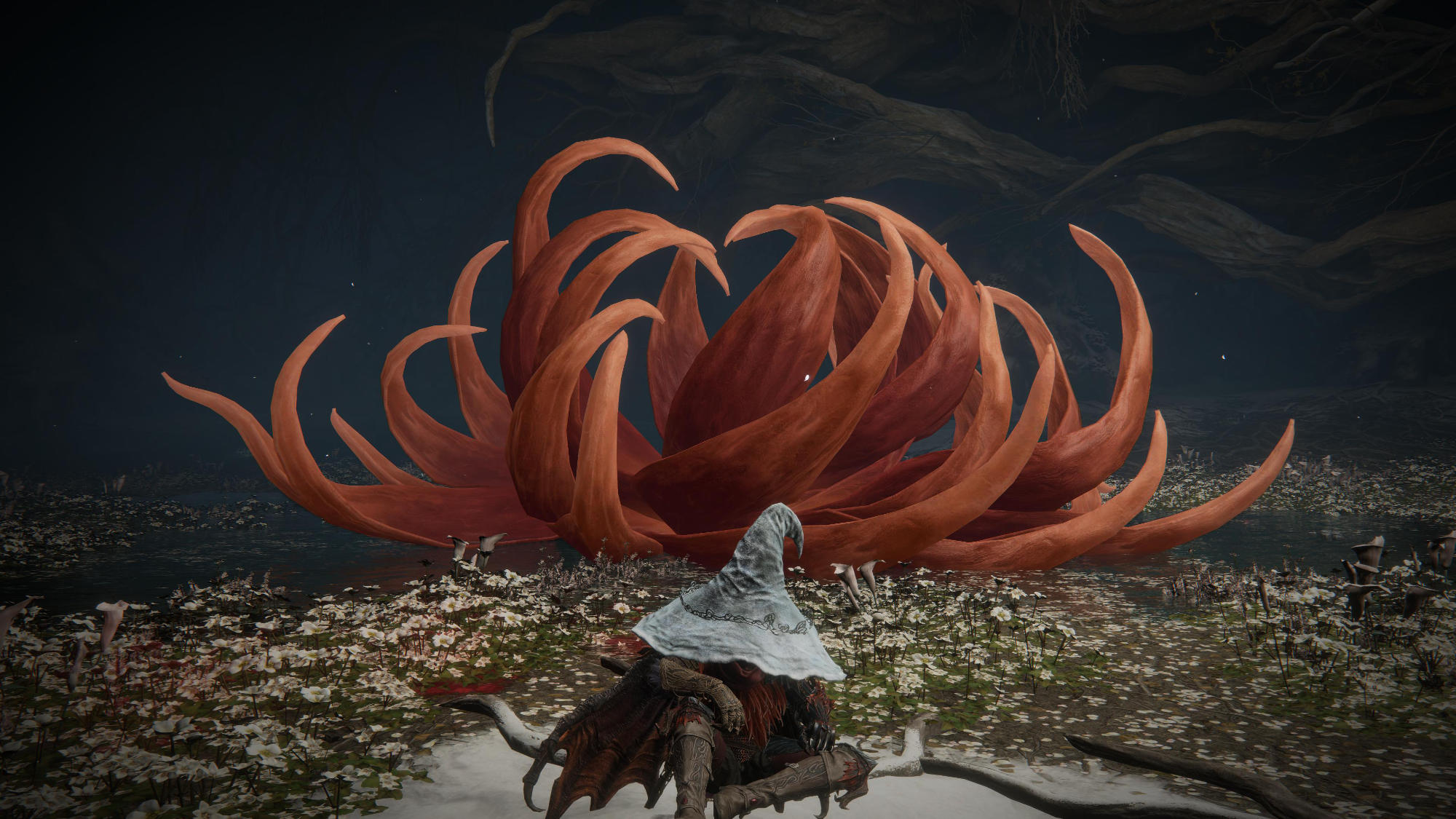 “The chill night that encompasses all”

I’ve done it. I finished Elden Ring. On my third attempt and about 65h I arrived at the “Age of Stars Ending” which seems to be the one I would have wanted based on what I know about the game’s lore and other endings.

I started playing this game right when it launched and I had high expectations for it after enjoying several of the “Souls” games a lot. Dark Souls 3 after all is my favorite game in general and one that holds a special place in my heart.

With Elden Ring, while it’s not bad, I’m quite disappointed. It tried to be many things to many people and quite successfully so, but for me a lot was lost along the way. I don’t think the combination of Dark Souls + open world design works for me. It leads to a lot of things that I just miss because I’m just not the type of player who goes to explore every last corner of the map. And some areas in this game are so well hidden, it doesn’t even compare to the earlier FromSoftware games. For example: a secret area in Dark Souls 3 can only be reached by performing a specific gesture in a certain spot and you have to obtain that gesture from an entirely different place in the game which in another optional but not hidden area. But due to the nature of the game world, being a series of corridors rather than an open map, you are led to both spots and there are visible clues for both. And the area that’s hidden is not really that relevant to the main story. It more or less fleshes out an obscure detail about Dark Souls 1. In Elden Ring, there is a very large secret area that leads to one of the games major boss fights, arguable the most impressive one, and in order to get there you have to explore a place that isn’t even visible on the map because it’s under a plateau but doesn’t count as an underground area so neither the surface map nor the underground map show it. I honestly don’t know how people would find this without either exploring every bit of the world or using a guide.

Elden Ring also ramps up the difficulty quite a lot. It’s faster paced than any of the Dark Souls games, more similar to Bloodborne in that regard. And the major bosses are often just relentless. It’s surprising to me that Elden Ring with it’s much higher difficulty had been so successful while the difficulty of these games has often been names as the main reason why they aren’t appealing to more people.

My biggest criticism though is that it feels unfinished and disjointed. Large portions of optional content like most of the minor dungeons are very repetitive and towards the end it didn’t come together as a cohesive story for me. There’s certainly a lot of story going on but it all feels like it was worked on by people who didn’t talk to each other a lot. It makes sense that this happens on a project of such an enormous scale. It’s quantity over quality, an issue I have with many modern games, and I given the success of the game I wouldn’t be surprised if From Software continues this approach but I would be sad about that.

The Rings of Power is really growing on me. I was skeptical at first but the lead actors are doing a great job carrying the show and I think they hit the right tone overall. Too bad that season one is almost over. I wonder how they’ll handle the time spans they need to cover. I’m sure they will do some pretty intense compression to cover the centuries that all these events happen across to make it more approachable. That’s a valid way to do it, I’m just curious how it’ll play out.

The other fantasy spin-off I’m watching, House of the Dragon, isn’t doing so well. eight episodes in and I still have no idea what is going on. Plot strands are picked up and dropped at random each episode and when they’re picked up again the relevant actors have changed because the characters have aged 10 years. It’s a confusing mess.

Related to that, I finished my rewatch of Game of Thrones. I was surprised by how well it held up. Seasons seven and eight took a sharp turn in terms of quality just like the first time I watched them but S08E02 remains my favorite episode of the whole shoe, , when many of the major characters all just spend their last quiet evening, sit around the fire, talk about everything that happened between them, make amends, and forgive each other. That for me is the proper end of the show and it’s character arcs. What comes after that is mostly just spectacle.

The Hellraiser remake with Jamie Clayton is really good. I think it does a much better job at capturing the vibe of the original thanks to just looking far less goofy. It’s a film that benefits greatly from a bigger budget and modern filmmaking technology. Also, Jamie Clayton’s voice in this, just wow …

I spent some more time on TikTok recently and the videos I get presented with are definitely getting better on average but sometimes it still reverts back from queer/neurodiversity/goth TikTok to what I assume is just the mainstream stuff on the platform and it’s a scary mix of misogyny, anti-LGBTQ content, misinformation, obviously false advice, covert advertising, and downright conspiracy theories like flat-earth.

I got my fifth Covid-19 vaccine, this time with the updated version against the BA4/5 variants. That gives me some relief about the continually escalating pandemic situation in Germany. It’s bad out there but at least I’ll have some protection again.

The Visual Effects Crisis was an informative look into the current state of Hollywood film production and the issues within it.

Climate Change Is Violent, That’s Why We Need Sabotage, an interview with Andreas Malm, author of “How to Blow Up a Pipeline: Learning to Fight in a World on Fire” about the limitations of currently popular ways of climate protest.

Decentraland, one of the main instanced of the “metaverse” concept, also tied to a bunch of crypto/web3 projects, apparently has 38 daily users. Truly “the future”.