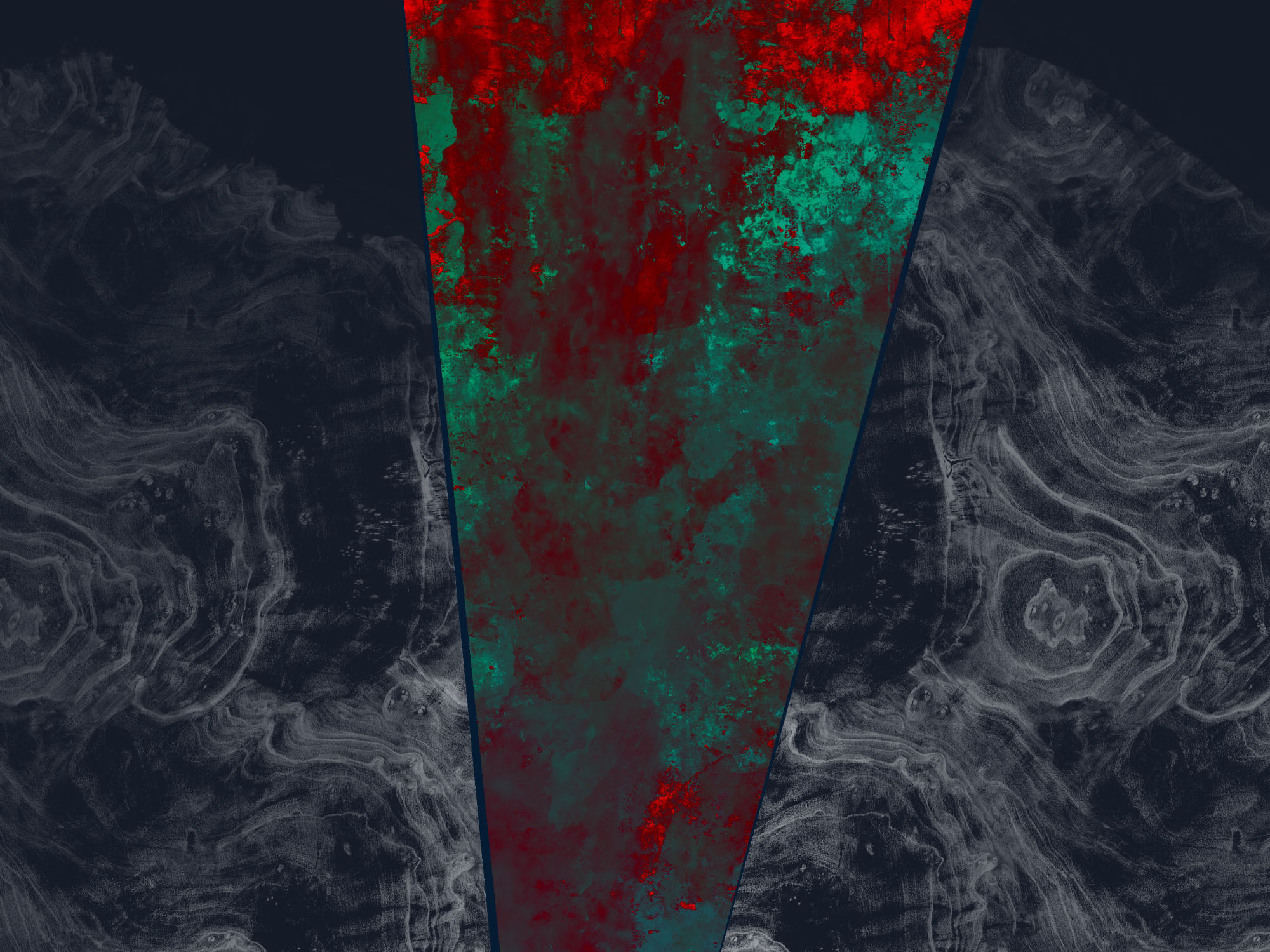 Neither here nor there. Mastodon, Twitter, Rust, and Cops

It’s been about a week since Elon Musk took over Twitter and things have been chaotic as expected from that side. What surprised me a little was how quickly a lot of people gave up on Twitter as a platform. I don’t know how much of that is just a temporary over-reaction and how many of them will be gone permanently. I’m sure things will deteriorate at least in the mid-term future (on the scale of months I think) but right now very little actual change has happened despite a lot of very random and silly announcements. A lot of people have been fired and the effects of that will likely manifest pretty soon but it’s not like everything falls apart over night. The most substantial change I’ve seen is the exodus of people itself and the resulting lack of good tweets.

I’m worried that this could be a kind of preemptive action and I can understand why people leave before things really go downhill. But I also think that this becomes a self-fulfilling prophecy regardless of the changes that Musk will actually get in place. In german there’s this phrase “vorauseilender Gehorsam” (literal translation: preemptive obedience) that describes how authoritarianism in part gets a foothold because people start assuming rules to be in place that actually aren’t (yet) and behave accordingly, thereby normalizing the effects of those hypothetical rules.

Of course I can’t blame anyone for leaving, everyone has their reason, but I think giving up on this space that was and still is very important to a lot of people is a mistake. Mastodon, which seems to be where most people go who aren’t leaving this kind of social media entirely, is probably not going to be “the new Twitter” for a variety of reasons and despite its many failings, I believe Twitter is still a net-positive. It’s a useful thing to have on this planet and even if one billionaire with an over-inflated ego and highly questionable ethics and politics can do substantial damage to it, the people on it remain a large influence over how successful it is and what happens on it. For much of its history, it was the users who pioneered new features that became a staple of the platform. Retweets weren’t a thing until people started posting “RT @somebody …”, same for DMs and quote-tweets.

Since Twitter runs largely on advertising, there is a strong incentive to keep it a place that people actually want to spend time. Otherwise ad revenue will drop. Eventually Musk will either have to accept this or move on, e.g. by selling the whole thing and cutting his losses. When that happens, I wish enough of the people that made it good are still around and continue the weird and messy project that is Twitter.

Elsewhere, I’ve spent quite a lot of time on Mastodon now since May 2022 when I set up shop there. My impression continues to be very mixed. On one hand it’s really nice to have a social network that is not depending on ads and the whims of one very silly guy. Federation is probably the right way to do this, at least I don’t see another realistic one.

But on the other hand I see a lot of problem that I think will hinder it greatly, the biggest being a kind of territorial behavior towards newcomers. I understand that people who’ve been on Mastodon for a long time have worries about it changing into something they don’t want. But when new people come into an environment, change is usually inevitable. I see a certain hostility where the people who’ve been around longer try to dictate how new joiners should behave, referring to some established culture. And to some extent that makes sense. Especially when talking about a specific Mastodon instance, there’s totally a case to be made for having certain rules in place in order to shape the culture of that space. But then again, most of the discussions I’ve seen don’t talk about specific instances but the federated network as a whole and that’s where I really don’t see anyone having the right to claim ownership and authority like that. It’s not a closed space like a Discord server or IRC channel could be but a form of commons where everyone will have to find a way to coexist.

Instance admins have control over what each instance’s rules are and it’s entirely reasonable to expect people on that instance to follow those rules which has a huge impact on the local timeline. Also, every single user has control over who they follow, who they mute/block, and what instance they want to be on. But what I see happening a lot right now is that newcomers are expected to follow a set of unwritten rules that they are supposed to infer somehow. I think this is not a sustainable model and will eventually lead to a lot of conflict, much more that making the rules explicit per instance would.

I also see a big disconnect in how the established user base sees Mastodon vs what it actually is like. A recurring claim is that “this is not Twitter”, which is technically true now. Mastodon in 2022 is very unlike Twitter in 2022. It is however very much like Twitter around 2012. The exact same discourse happens with the exact same arguments. It’s also a platform currently dominated by tech-savvy people who face an influx of new users. Back then it was Facebook users joining Twitter, now it’s from Twitter to Mastodon. And while I don’t think Mastodon will end up repeating Twitter’s history, it’s weird that this similarity is constantly denied although it is fairly obvious to someone who has been on Twitter back then. This denial can lead to ignoring underlying problems which will eventually prevent the platform from becoming better for everyone. Some growing pains will be unavoidable when a platform is ultimately open to anyone and people have a motivation to come, which they currently do.

That brings me to the last observation: A tendency to value order and “keeping the peace” over facing those growing pains. Talking about Mastodon’s problems on Mastodon seems to be not quite taboo, but also not a welcome topic. I get the strong impression that people aren’t supposed to “rock the boat”. This clashes with the claim that the platform is welcoming and inclusive. Inclusion requires facing the resulting conflicts and arriving at a new state that works for everyone. Integration is more desirable than assimilation, and right now the vibe is very far on the assimilation side of things.

I hope these issues can be resolved. I really want Mastodon as a model of doing social networks to succeed, not as a drop-in replacement for anything else but as its own thing. But I also thing that everyone on it needs to be able to shape it, not just whoever was there first, not on a global level.

I’ve gotten my second non-trivial Rust application to a usable state: A rewrite of my previously JS based Twitter toolkit.

It’s incomplete but the most important features are there: mass blocking and cleaning up my old tweets, both of which I use frequently.

This programming language keeps doing very pleasant things to my brain, forcing me to think about problems that I would have ignored and worked around in more forgiving languages. The biggest step forward for me this week was to realize that borrowing references and cloning values explicitly is not just something I need to do to satisfy the compiler but that I should be consciously thinking about why is makes sense to do one or the other and if I find myself in a situation where I have to to it but I don’t quite understand why, it’s worth taking the time to really understand it and maybe reconsider my approach.

I also started incorporating more of Rust’s standard library into my work, specifically iterators as opposed to writing something similar to an iterator but not actually using the trait that the language provides.

Another very useful thing I came across was async-std, and it’s block_on function which turns asynchronous code blocks into synchronous ones. As I’m writing a command line application where blocking calls aren’t a problem (other than in a server application for example), this makes things a lot easier for me.

Something that I wanted to put into last week’s post but that needed a little more time to sit in my head was the counter-protest I attended last weekend. The far-right german party “AfD” had organized to harass a daycare center in Berlin where a bunch of the staff members are queer. They wanted to use that as an opportunity to spew their usual anti-LGBTQ hate about “grooming kids”.

A pretty large group (several times as many people as the AfD crowd) gathered to counter them. Two things surprised me:

I went there by myself which I usually don’t do, I feel much safer when going with a group of people who I know. But this time, I just went alone and it was ok.

Much more surprising was that I didn’t stand at the edge of the crowd as I often do. Instead I ended up right at the front where the cops tried to push us back and way from the right-wingers. In the past the idea of being there, right across the cops would have really scared me, but this time I even ended up telling one of the cops to back off as he was trying to grab one of us out of the crowd.

I’m not sure how I got to not be afraid there but I like this version of me who isn’t afraid to stand up to a cop. More of that please.

Ben Eater has a new video about the RS-232 serial protocol. As usual it’s great.

Stargirl wrote an unbelievably in-depth article about a DIY pick-and-place machine and even though I’m into manufacturing electronics myself at all, it’s fascinating.

I found an interesting post about calculating your carbon impact from flying using an R script and adapted it for myself.