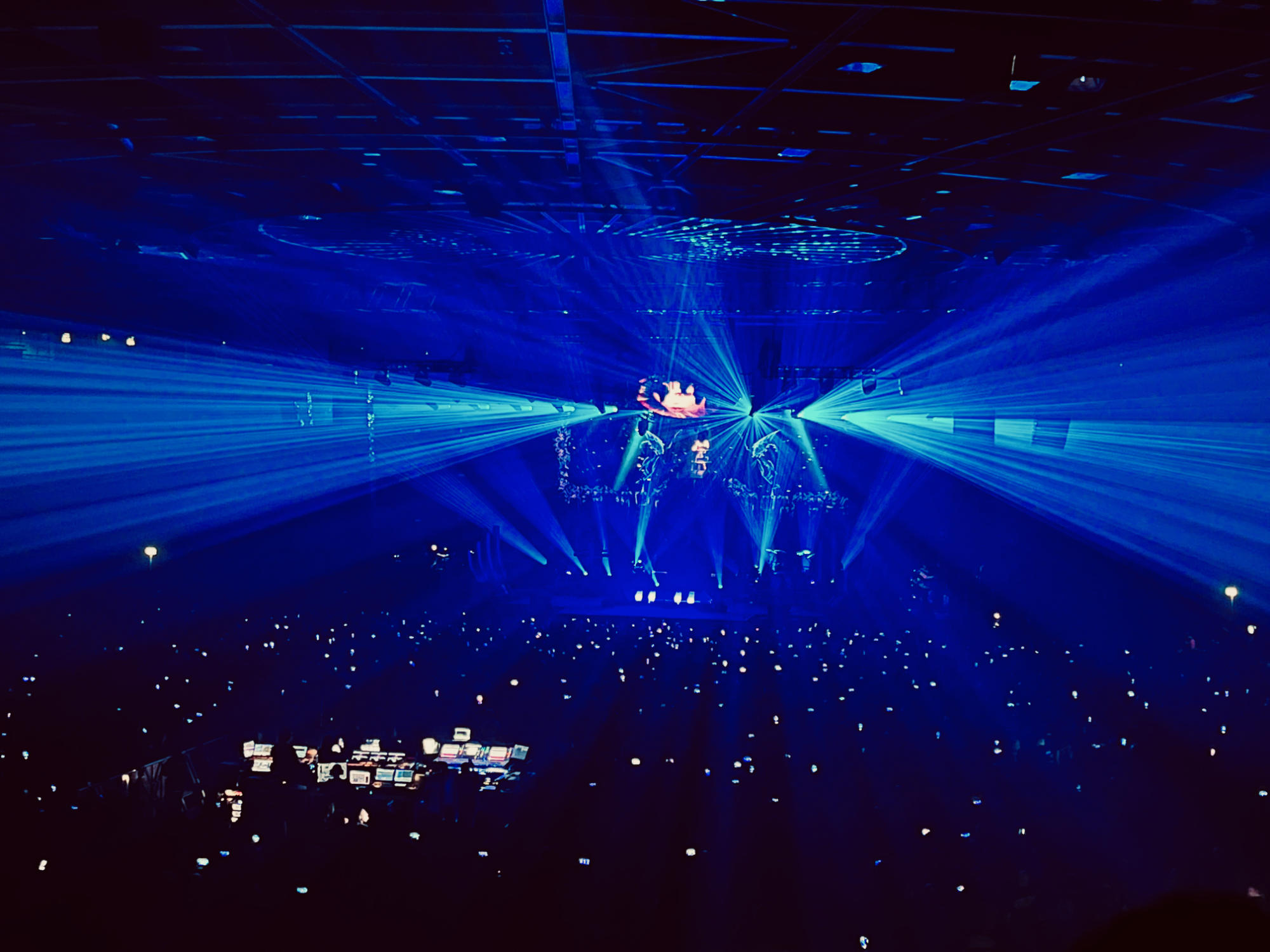 This week I attended my first large concert in several years. Even pre-pandemic I hadn’t been to any major music events since at least 2017 and even then it was a rather cozy affair at a small venue. Now I got to see Within Temptation and Evanescence live on the same night. I had seen Within Temptation once before at WGT in 2014 (I think. Maybe it was 2013?) and that was at a tiny open air theater that fit maybe a few hundred people and it was sparsely populated.

This time, they played at Velodrom Berlin, an underground stadium (how cool!) that fits up to 5000. It was also the first live show I’ve seen that had this kind of production value going on. 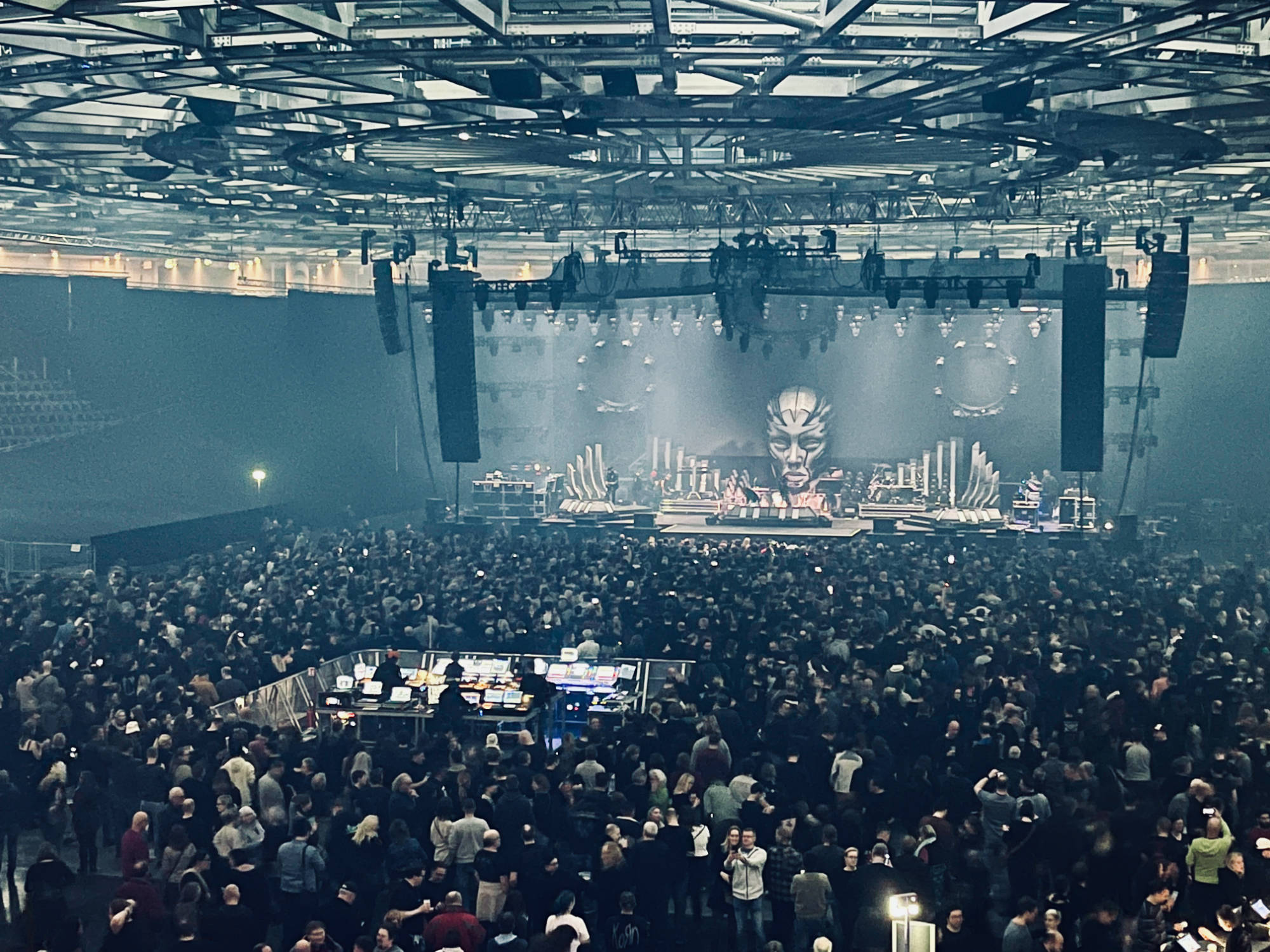 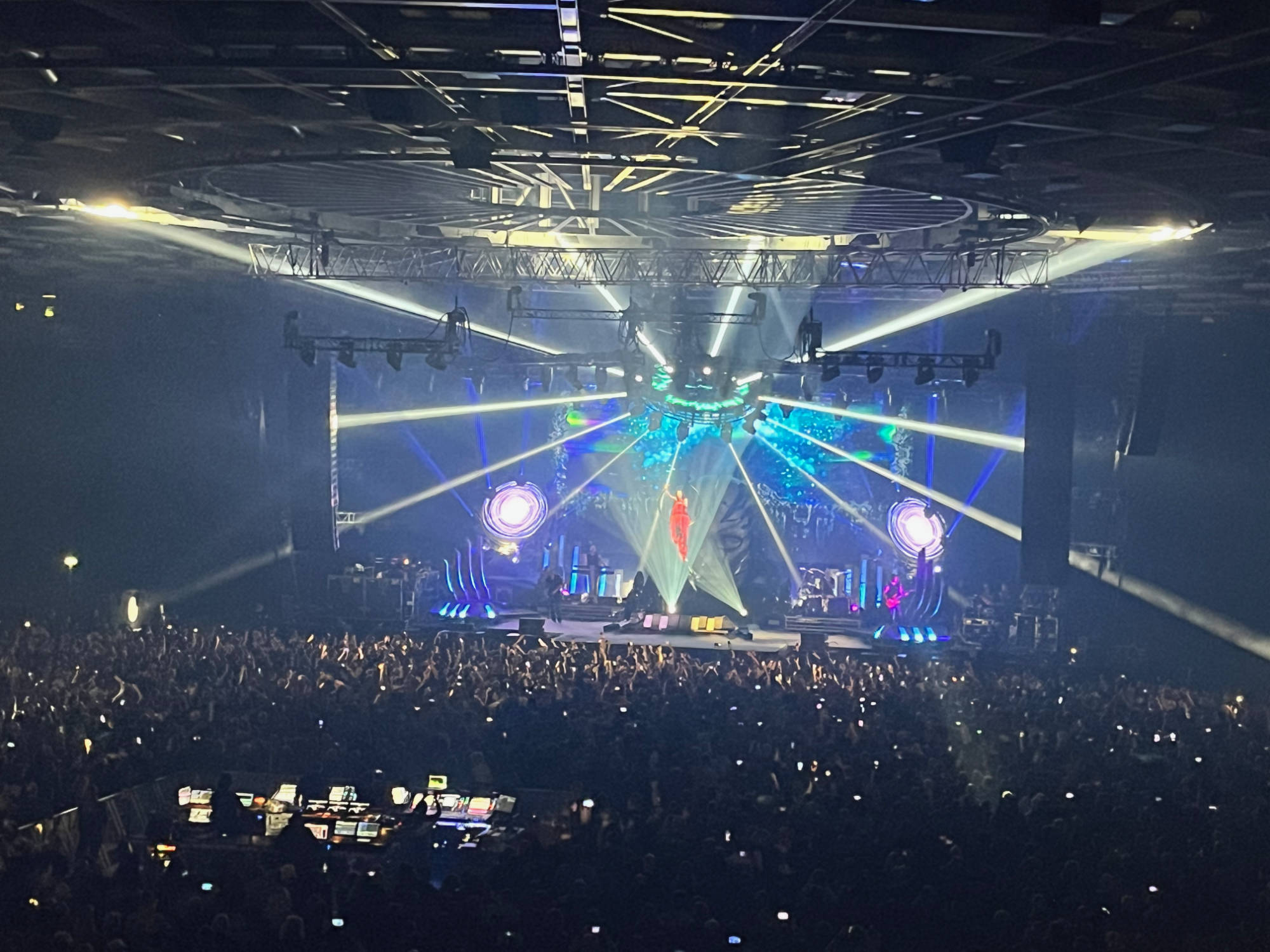 That thing where people hold up lighters or nowadays cell phone flashlights also hit’s different at this scale. 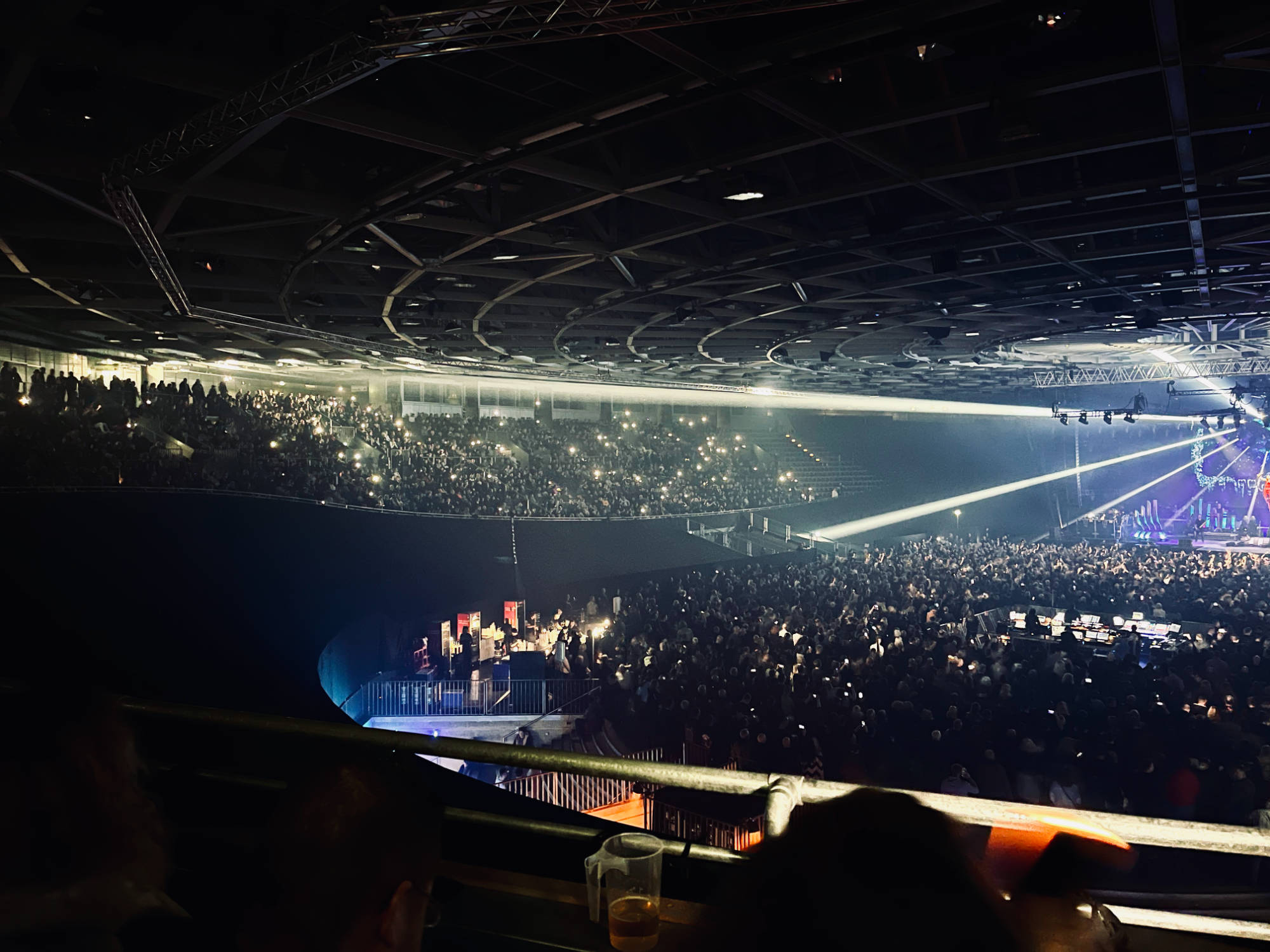 I expected that both bands would use the same stage setup since it’s probably a lot of work to put that all together but no, over a twenty minute break they dismantled it all and replaced it with an entirely different design. 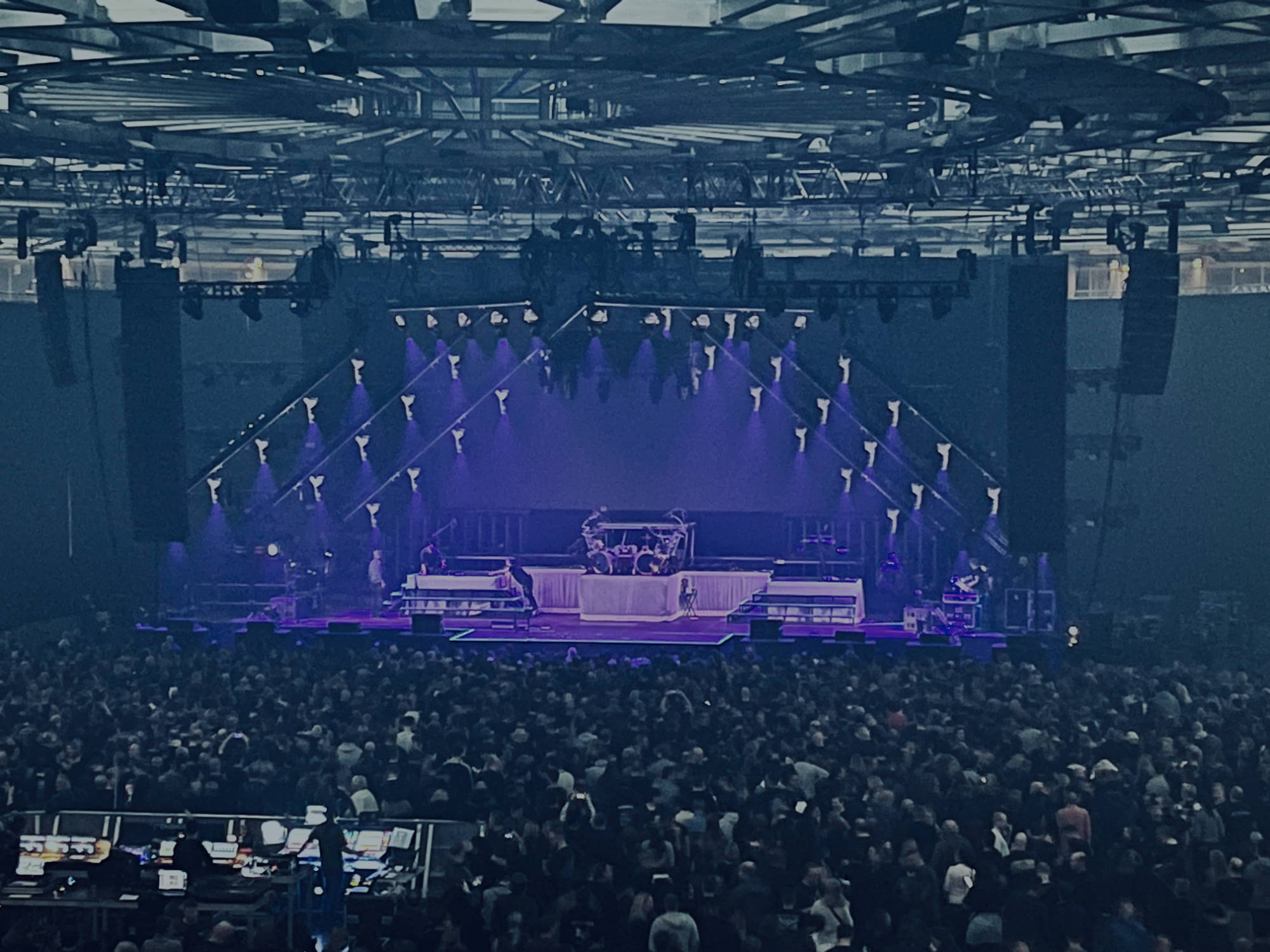 The second half of the show was Evanescence’ gig an what a show that was! I don’t think I’ve ever seen such a well designed and technically impressive live show. The triangular stage design and projection screen where amazing. 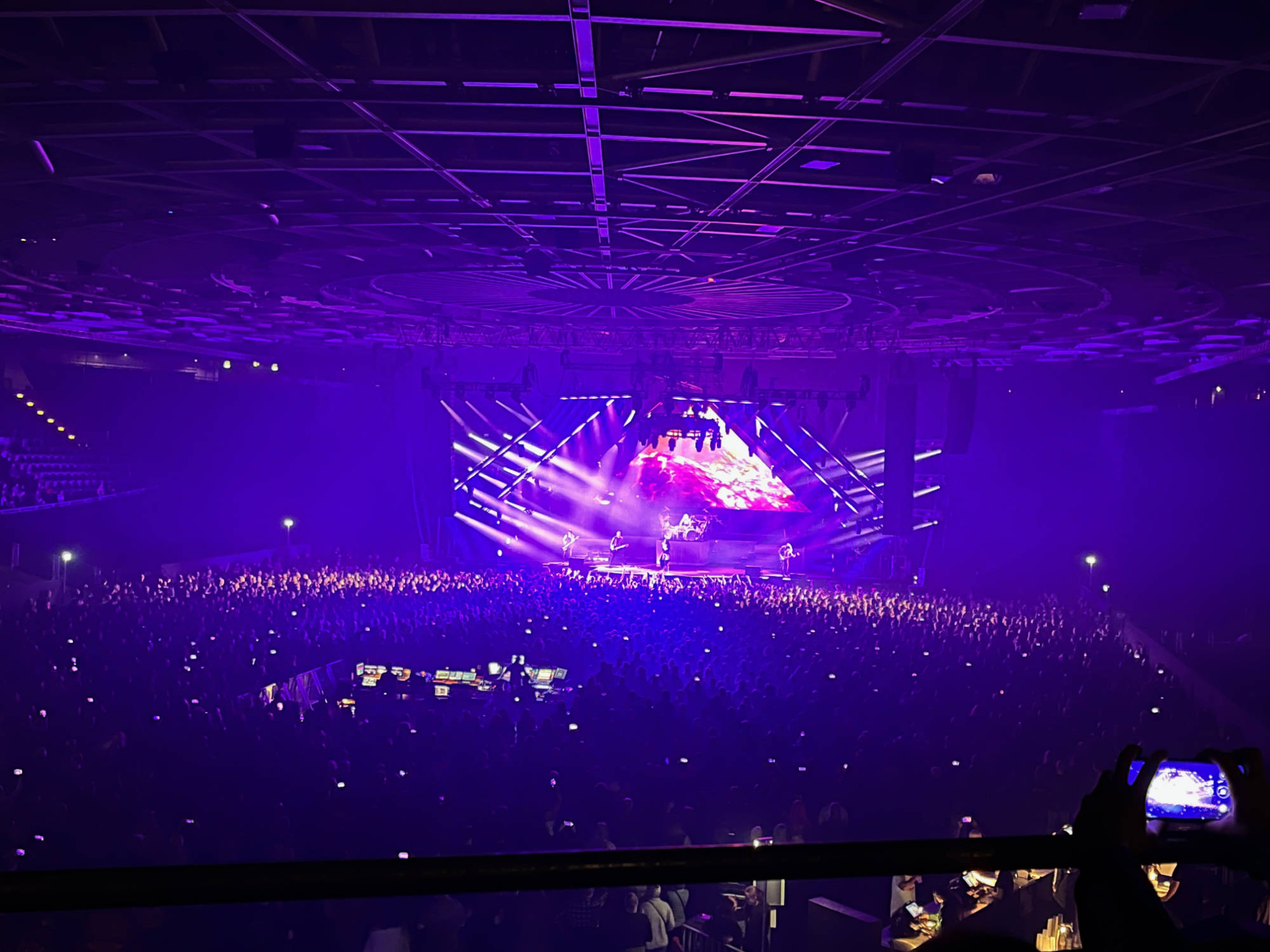 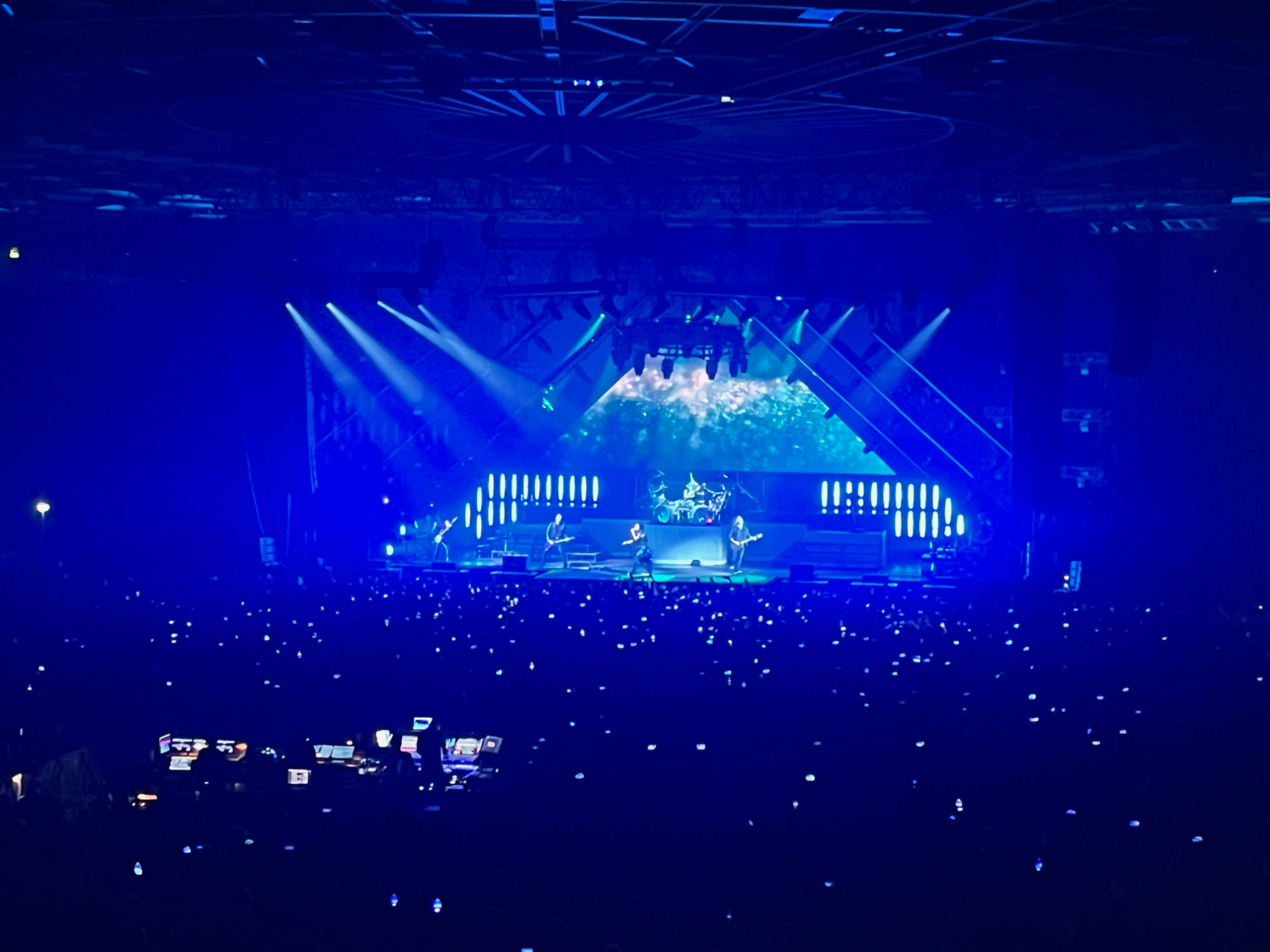 I’m still not sure how the managed to materialize a full size grand piano within a few seconds of darkness. Impressive work. 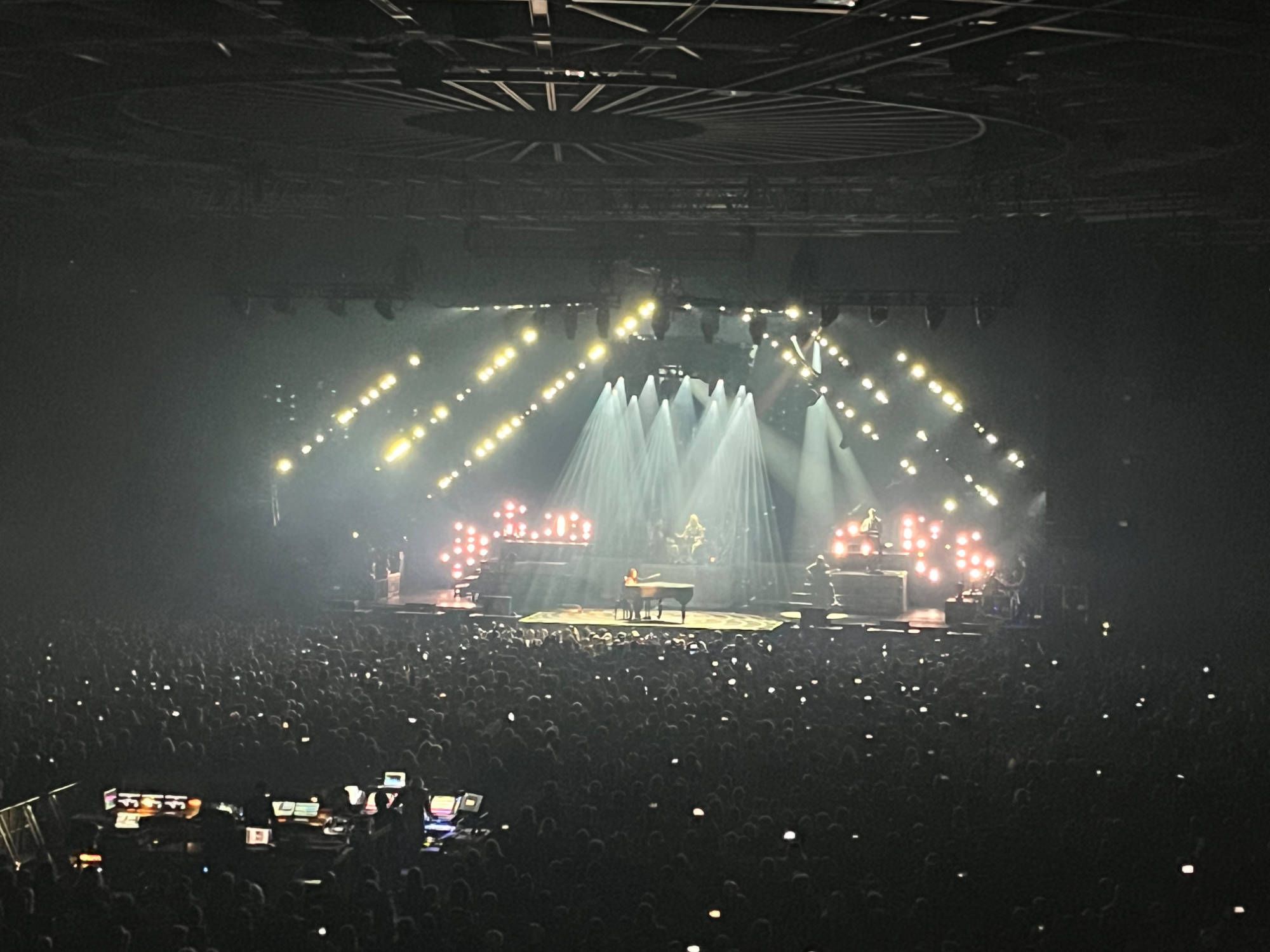 Now after returning home with very good memories of this night, it’s a few days of isolation for me. Since almost nobody at the concert was wearing masks, I’m taking this precaution in order to not infect others in case I have caught Covid-19 there. But fingers crossed that I didn’t. Tests over the next few days will show.

It was absolutely worth going though. I had gone back and forth on it leading up to the event due to the health risk and the show had already been delayed for more than two years. It was also the last stop of their tour so maybe this was the last chance to ever see these two bands perform together. They both meant a lot to me when I was in my early twenties and I’m glad I got to experience this concert now.

Over the weekend I got to bake Christmas cookies with two of my partners, their kids and some more extended family. It brought up some complicated feelings like a lot of experiences with kids to. There’s a lot of processing of my own childhood trauma happening and it can be quite intense, but ultimately healing and very positive. In between it can just be a lot and overwhelming. I need to allow myself time for myself too in this process.

And then there’s the fact that the cookies I took home with me only lasted a few days. Which I’ll admit is on me entirely, but still sad.

A friends pointed me at the USCSB Youtube channel, runs by the US Chemical Safety and Hazard Inspection Board. If that sounds like a very dry government agency, it is. But if you think it’s boring, you’d be very wrong. They put together these very well done videos about their larger investigations of industrial accidents, with well done animations and all.

It’s fascinating to watch how these disasters unfold as chains of various smaller decisions and events, like watching a detective show but the crime scene is the smoldering remains of an oil refinery. I recommend Wake Up Call: Refinery Disaster in Philadelphia or Ignored Warnings: Explosion in St. Louis, their two most recent ones.

Of course I went on a binge through their entire channel and I’m still not done with that.

Links and other Media

Alternate History And its Right Wing Rabbit Hole by Mia Mulder, explores why alternate history fiction is so popular with right-wing extremists and how there might be a feedback loop between these political circles and e.g. game studios who make alternate history video games.

A few exciting game trailers dropped during the Game Awards:

Fortnite has a while new map to play on. I’ll probably spend some more time there again.

A new season in Destiny 2 has started but I don’t really feel like playing it right now and none of the new stuff has hooked me.