Reni Eddo-lodge: Why I'm No Longer Talking to White People About Race 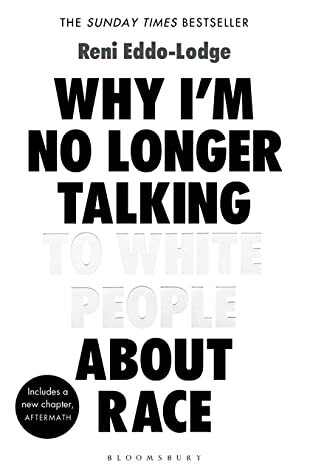 Overall this book is excellent. Especially it’s focus on intersectionality makes it a strong recommendation for me. Even to someone who doesn’t want to read the entire book, the parts about White Privilege (Part 2) and the intersection with feminism (Part 5) are worth a read by themselves.

I found parts of it about history and more recent events hard to contextualise since I’ve never lived in the UK and probably lack the knowledge of many locations and events that have’t made it into international media coverage.

The interview with Nick Griffin is a problematic point of this book since, while deconstructing most of his racist ideas, it glosses over his clearly anti-semitic remarks. Those should have at least been acknowledged as such. By not doing that, his anti-semitism is given an unchallenged platform through this book. An embarrassing oversight, especially since I’ve read an already revised edition with even an entirely nw chapter. Still the interview was left as-is.