Falguni A. Sheth: Toward a Political Philosophy of Race 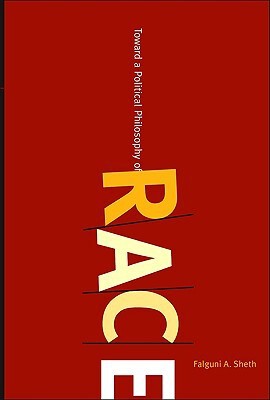 In “Toward a Political Philosophy of Race” Falguni A. Sheth offers a very interesting framework for thinking about race: as a technology that especially liberal western societies deploy to manage populations that the dominant population perceive as “strange” and therefore threatening which Sheth calls “unruly”. She describes the various ways in which a population is “cut” from the society and how it’s perceived otherness (or “Strangeness” as Sheth elaborates early in the book) is used and exaggerated by treating the actions of a few as representative of the entire group. Sheth elaborates this with the example of how Muslim populations have been marked as sufficiently “strange” in western liberal societies in the late 20th century and how the terrorist attacks on September 11th 2001 in New York City have been used to remove legal protections from those populations.

The book focuses mostly on events and their consequences in the United States of America and only on occasion references how the technology of race is similarly used in other countries, with the notable exception of the racial conflicts and resulting genocides in Rwanda after Belgian colonial rule which is covered extensively.

Sheth also points out that the process of marking a population as “strange” and “unruly” and denying it legal protection can and is also applied to e.g. homosexual or transgender populations and is not exclusive to concepts of race.

However, despite making very interesting points and building a useful philosophical framework, I found the book to be too repetitive at times. Sheth often makes the same points multiple times in each chapter whiteout really adding to them substantially after introducing them. That made the book very challenging to read because it requires full attention and careful reading but at the same time, through its repetitive parts especially in later chapters, makes it hard to keep that level of attention.

Still, I would recommend “Toward a Political Philosophy of Race” to anyone who wants to dive deeper into this kind of political philosophy. For a book that covers many of the same topics but through a different lens and in a more condensed form, I would suggest “Social Death” by Lisa Marie Cacho.