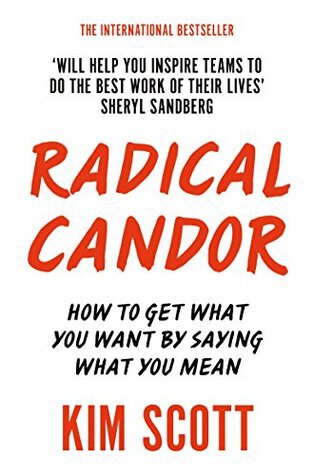 Generally, the practical advice in Radical Candor is solid. As someone who is relatively new to management work, much of the common mistakes the book mentions was very revealing. I noticed a lot of things that I can improve in my work and the book gave me some good techniques to do so. For this I would recommend it.

However there’s a few things that stuck out badly. When talking about issues around gender, Kim Scott brings up the term “gender politics” without really explaining what she means by that and after one short anecdote concludes that “We must end gender politics”. Without any explanation this term encompasses a lot of things. For example I’d say working towards equal pay, unbiased hiring and promotion processes as well as access to reproductive and gender affirming healthcare are all issues of “gender politics”. Claiming that all those efforts should end with such a strong generalization is very strange.

The book also draws a false equivalence when describing “anti-gay jokes” and “anti-conservative jokes” in the workplace as both being equally inappropriate. Political affiliation is a person’s choice as opposed to one’s sexuality and discrimination as well as violence targeting people for their sexuality is a very real threat while this is not the case for conservative politics (which in fact are directly responsible for much of the discrimination against LGBT people).