So, I’m playing through Dark Souls 1 for the first time (before I never made it past Sen’s Fortress but I have watched a playthrough). I now have the experience of DS 2 and 3 as well as Bloodborne so it’s much easier now. Also, the remastered version helps a lot. 🔗

I’m having a really great time but having played through all the other games, I have to say: DS1 is a terrible starting point to get into these games. 🔗

I stand by this: watching a playthrough of Dark Souls 1, then playing 2 and 3 (maybe Bloodborne if you like) and then playing 1 is the reasonable way to do this. 🔗

DS2 does the best job in the series to ease you into the difficulty and is generally the “easiest” (it’s still hard, just less … mean). 🔗

DS3 is very much the most polished Dark Souls game and to me the highlight of them. But it also assumes that you know what you’re getting into. 10 minutes into the game you fight a boss that will absolutely tear beginners to pieces. 🔗

Bloodborne could be a good entry point as well because it’s a standalone story that doesn’t require any lore knowledge, and for many people it is. But I think is has the overall highest difficulty of them. 🔗

If you want a really condensed primer into Dark Souls 1 lore before playing 2 and 3, this one is excellent and tells you everything you need to know: https://www.youtube.com/watch?v=cZ9n7-Y_Ml0 🔗 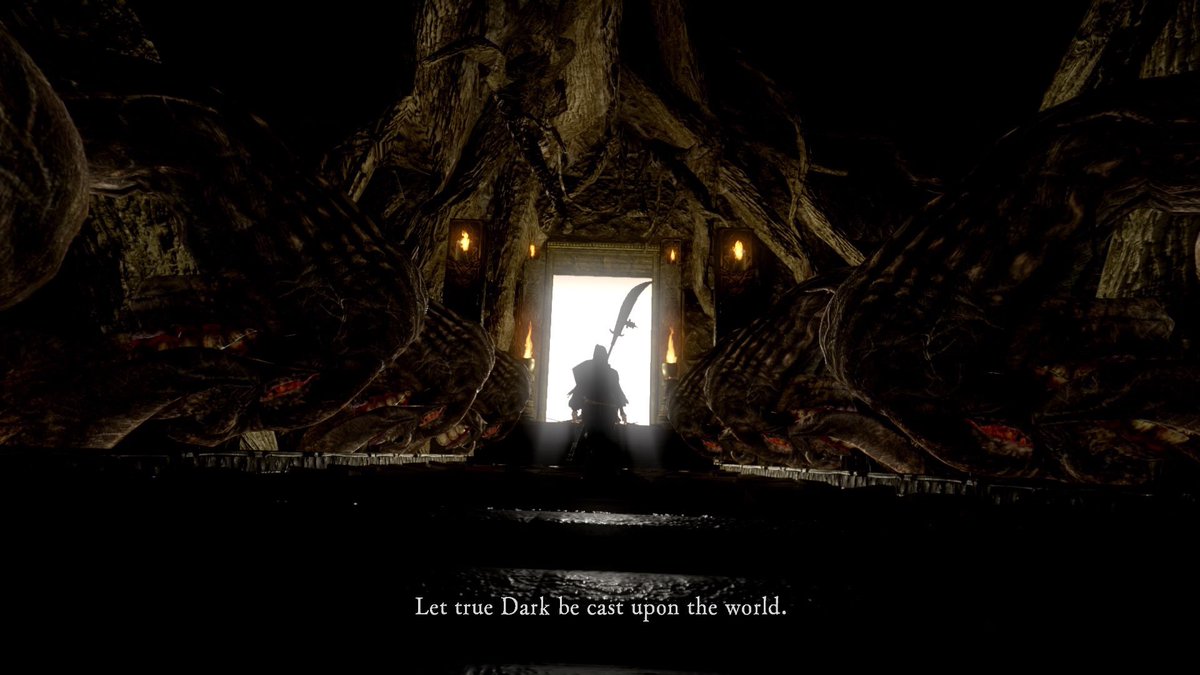 So, I finally finished Dark Souls 1, about three years after getting hooked on the series by the other two installments. Here’s some thoughts on it … 🔗

I did enjoy playing it a lot but most of that comes from already being invested in the lore of the series.

It does have some really great parts but is it an overall good game? Not really, considering everything. 🔗

There’s just too much of it that is broken or hostile to the player. And I don’t mean the difficulty. DS3 for example is far more difficult throughout but it’s more approachable and engaging. Its difficulty curve is much smoother and it’s better at teaching itself to players. 🔗

DS1 makes significant trade-offs to achieve the things it wants to, like the interconnected world design. While it’s impressive I don’t think it’s worth locking fast-travel for half the game. All other Souls games and Bloodborne go with a central hub design for good reason. 🔗

I don’t think I’ll re-play DS1. For comparison: I’ve spent over 400 hours on DS3 over several finished runs and 100%ed it) and will definitely give 2 another run as well. 🔗

But despite all its flaws, it’s a good thing that it exists and From Software took good learnings from it. I’d love to see a proper remake of its story with all those learnings applied to it. 🔗

That said. I get why people love this game and the entire series has a very special place in my heart. I’m just more at home in Dark Souls 3. So whichever of these games you prefer:

May the flames guide thee 🔥💜 🔗