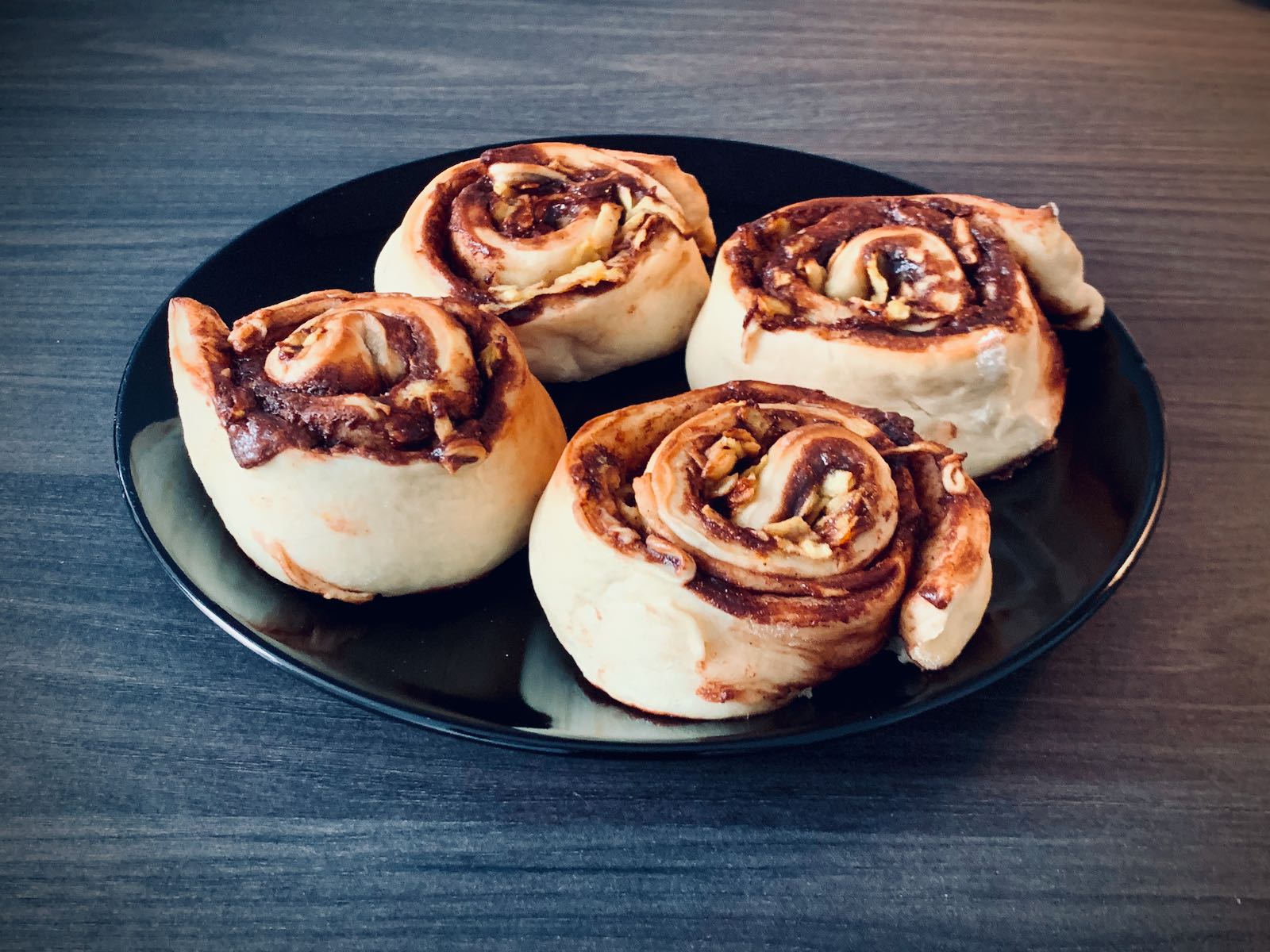 These are cinnamon rolls with an extra filling of chocolate, apple and orange, adapted from a recipe for vegan cinnamon rolls. The added chocolate makes them non-vegan though. You can substitute the margerine for butter and the soy milk for cow milk but I don’t know if that’ll work out with these exact amounts.

All measurements are metric, including the teaspoons and tablespoons.

Warm up the soy milk until it’s luke warm (not hot) and crumble the yeast into it. Whisk until the yeast has fully dissovled. Add the margerine and sugar to the mixture and stir until fully combined. Mix a pinch of salt into the floour and add the wet ingredients. Stir until a dough forms. A fork works well for this. Continue kneading the dough with your hands until it’s a smooth ball. Add a little flour, if it’s too sticky. Cover the dough and rest in a warm spot for 30 minutes. It should about double in volume.

Finely grate the zest off of the orange and squeeze out its juice. Peel the apple and rouhgly grate it. Add the orange zest and juice and mix well so that the apple is fully coatetd in orange juice. This will prevent the apple from browning. Cover the mixture and set it aside.

In a small pot, melt the margerine on low heat and add the sugar and chocolate. Kepp stirring until a smooth paste forms. Add the soy cream to prevent hardeing when it cools. Set it aside.

Roll out the dough on a heavily floured work surface into a roughly rectangular shape, about 60x30cm. Spread the chocolate cream evenly on it. Place the apple filling on the lower two thirds of the area. The upper part will form the outer layer of the rolls and there should be a bit without filling to close of the rolls and hold them together. 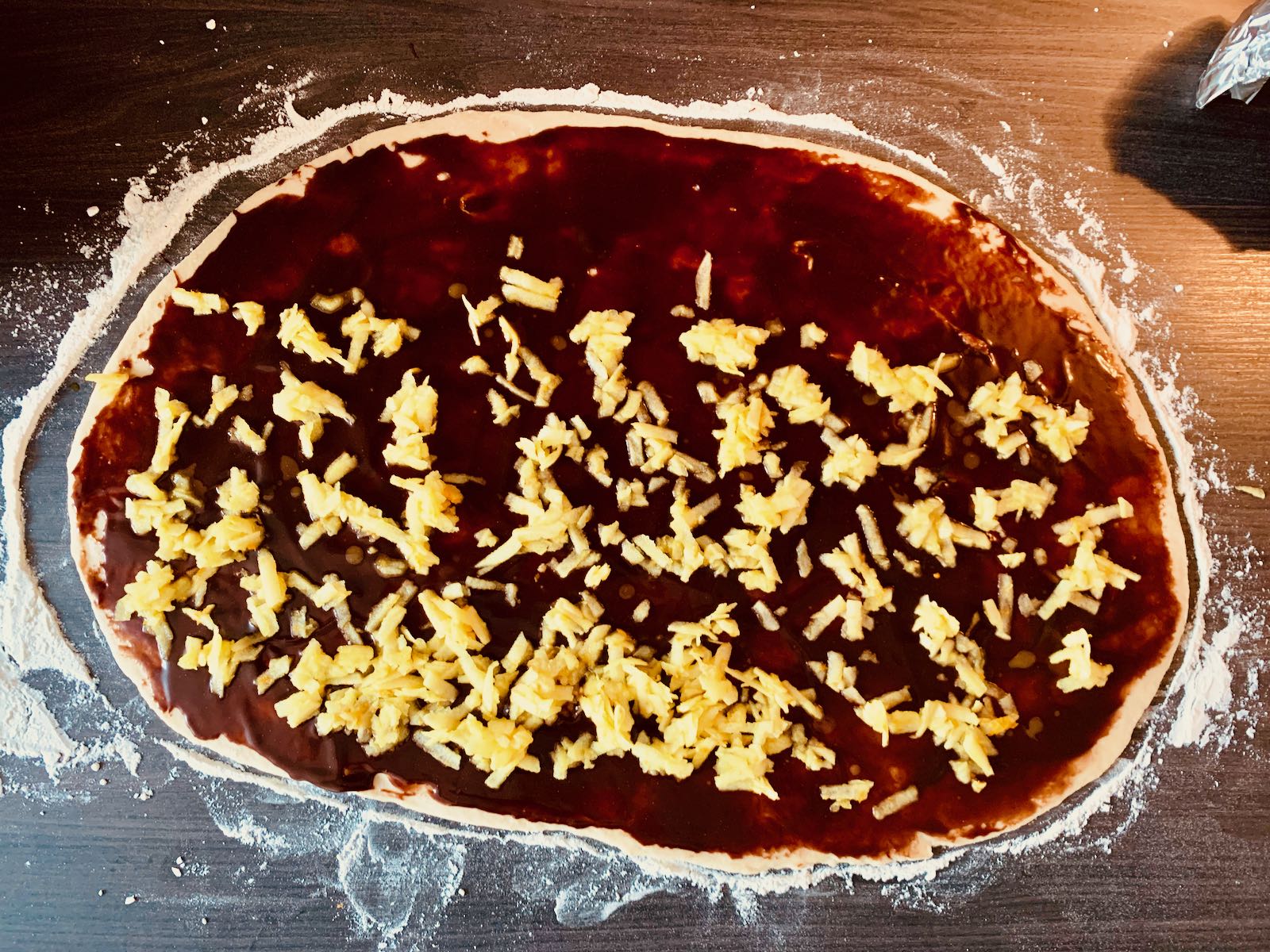 Now cut 4cm wide vertical strips with a large kitchen knife and carefully roll them from the bottom up. Place them on a parchment lined backing sheet with about half a roll-diameter between each of them. You should get about 8 full sized rolls and a few scrappy ones from the edges. A normal backing sheet should fit 6 of them so you’ll need to bake in two batches unless your oven and backing sheet is very large. 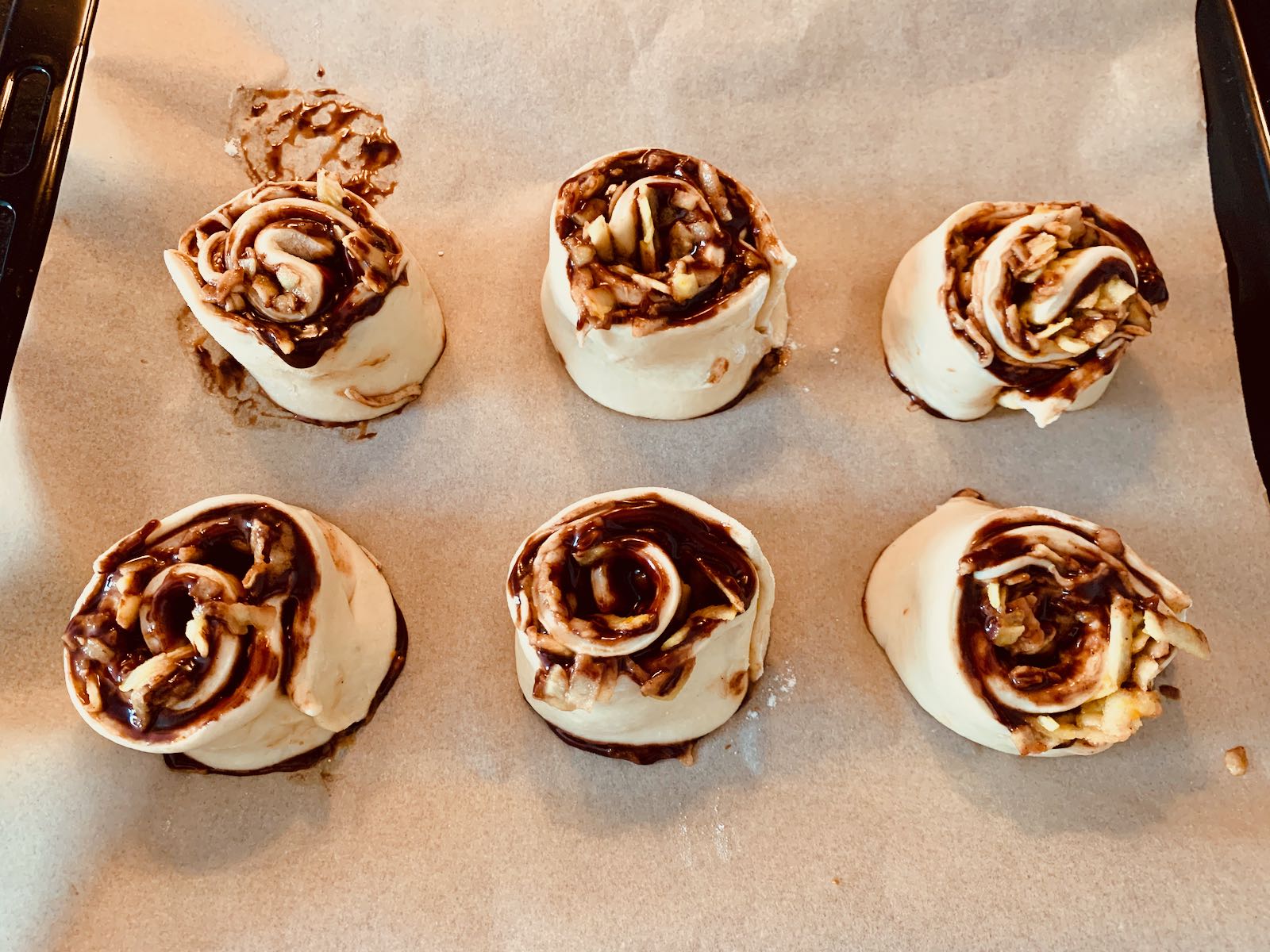 Bake the rolls for about 10 minutes until they start to turn brown on the outside. Take them out of the oven and let them cool for 20 minutes. Use a large spatula to remove them from the backing sheet. They’re still very soft before cooling down. 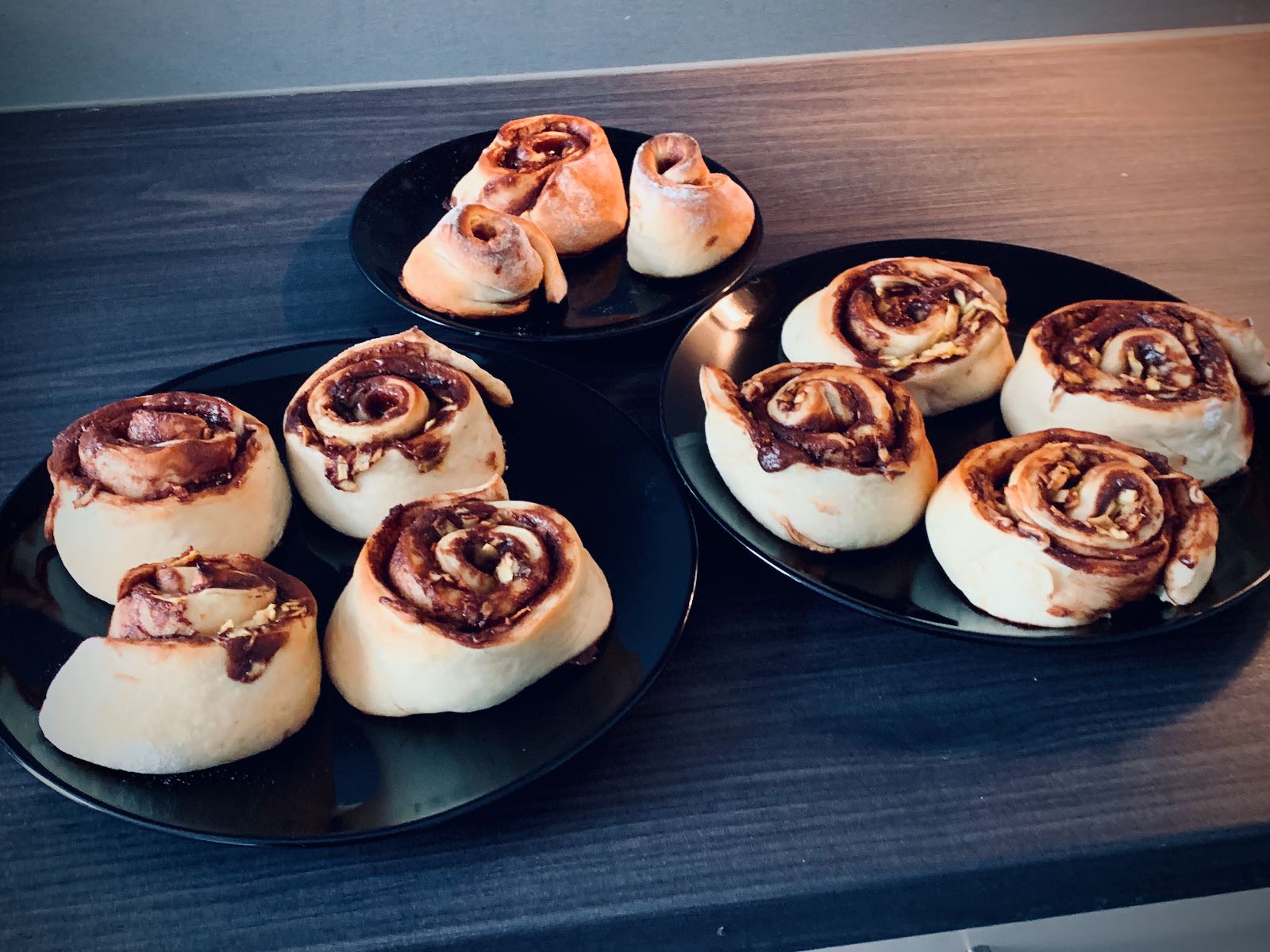