Recently I dabbled a bit in creating art from code. Instead of painting or drawing directly, I would write code that produces the images. 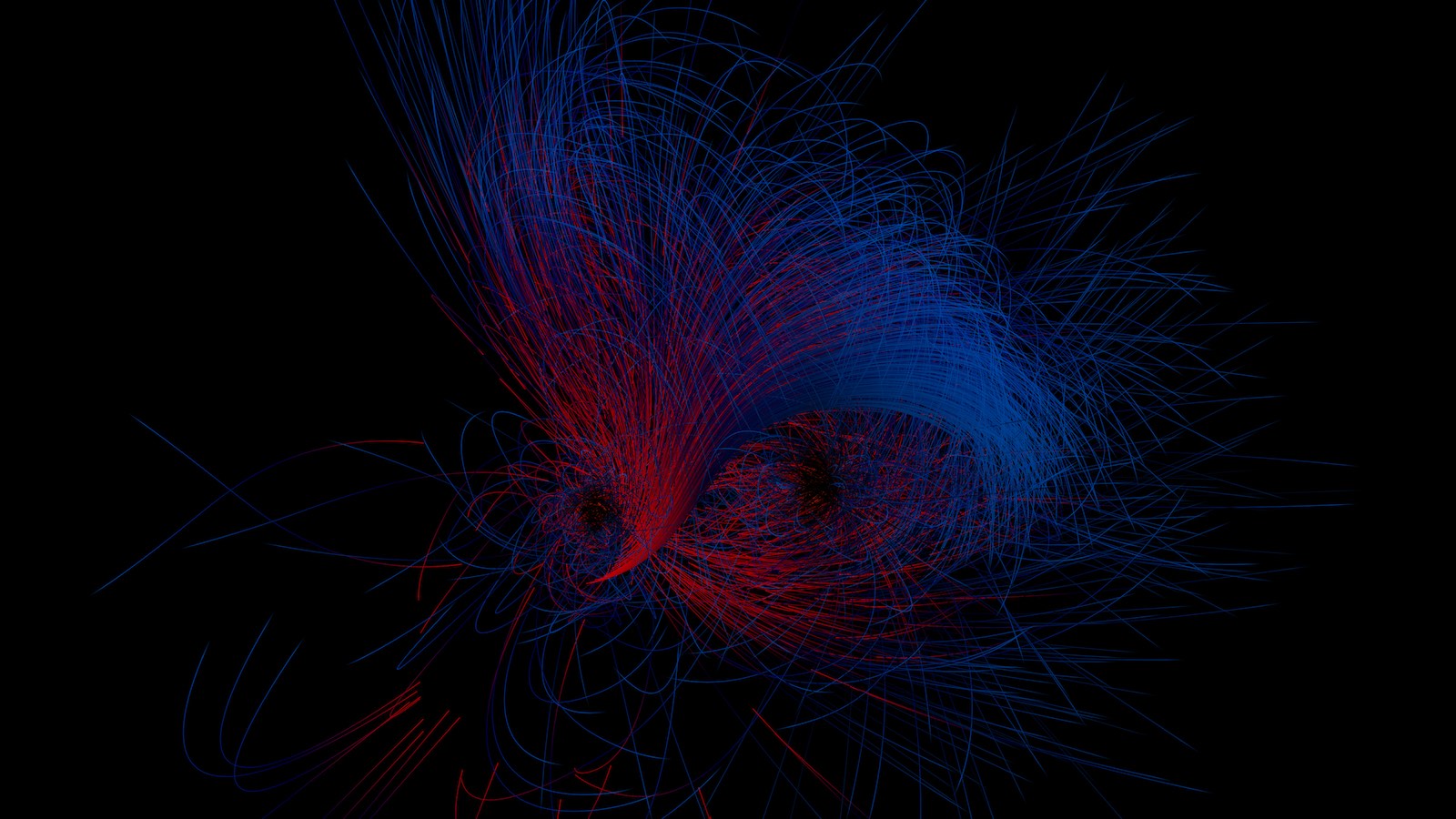 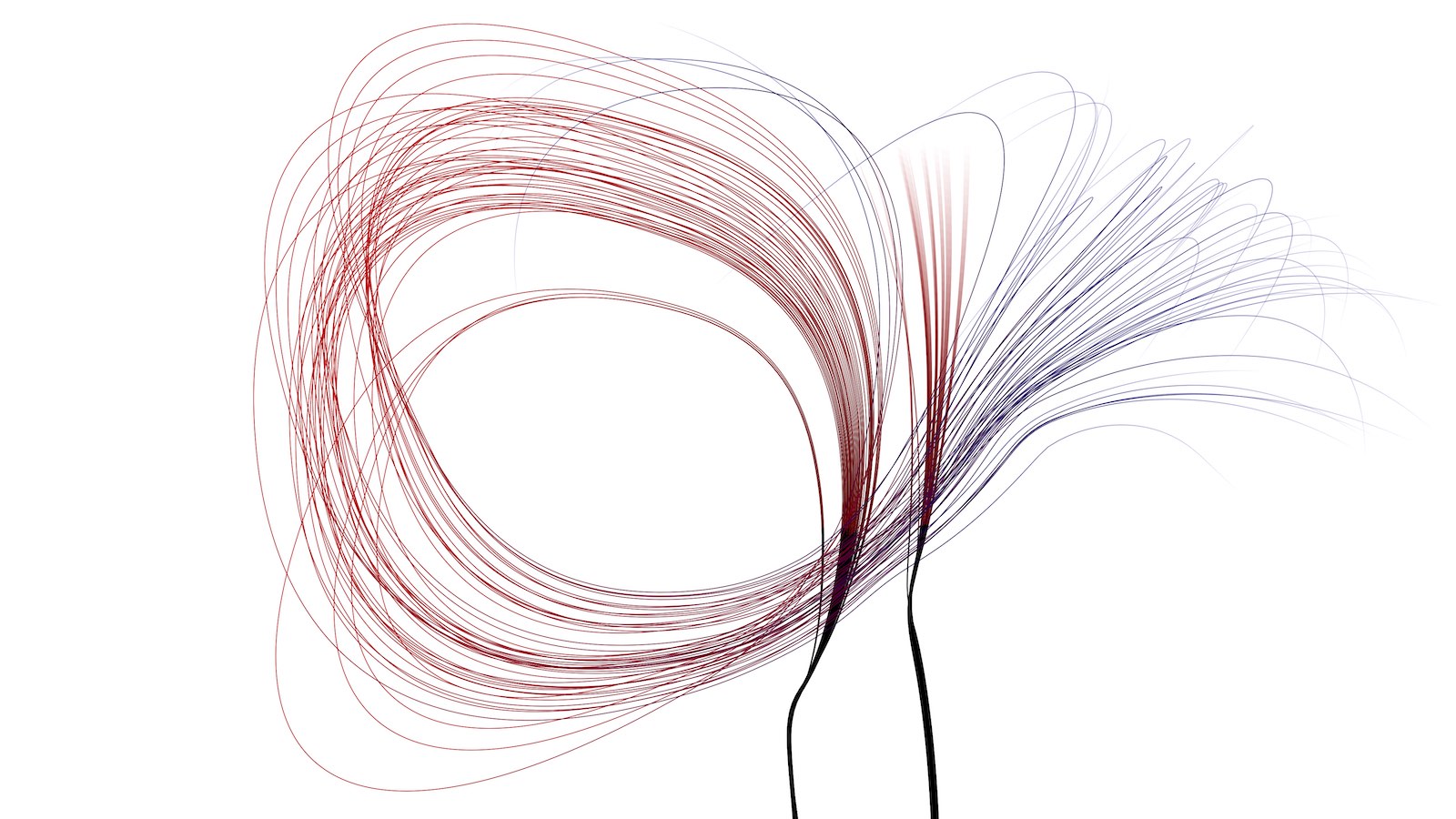 […] art that in whole or in part has been created with the use of an autonomous system. An autonomous system in this context is generally one that is non-human and can independently determine features of an artwork that would otherwise require decisions made directly by the artist.

It also defines “algorithmic art” as:

art, mostly visual art, in which the design is generated by an algorithm.

Algorithmic art, also known as computer-generated art, is a subset of generative art (generated by an autonomous system)

So, for both terms, the “autonomous system” is an important part, which sadly isn’t defined as a term. But we can look at the definition of a “generative system” which the article about generative art also links to:

Generative systems are technologies with the overall capacity to produce unprompted change driven by large, varied, and uncoordinated audiences.

Depending on the rules, the patterns can be extremely varied and unpredictable. One of the better-known examples is Conway’s Game of Life, a cellular automaton.

It specifically mentions Conway’s Game of Life. A system famous for its emergent complex patterns and relative unpredictability.

An important part here seems to be the emergence of something unexpected. Put very simply the human artist’s role is to define rules and starting conditions and letting the system generate outcomes. There’s a potential curation step as well where a human ultimately decides if the outcome is as desired or not. A generative system could produce hundreds or thousands of images with only a few being deemed “good”, for whatever criteria the artist uses for that decision.

Now, I don’t want to diminish the work of artists who use these techniques and processes. Anyone who has ever seriously tried to make art like this will quickly learn that it’s difficult and can take a lot of time, patience, and dedication.

However, I don’t think the approach I took satisfies any of these definitions. Both outcomes were quite intentional and the code that renders these images is specifically written and tweaked to produce a result as closely as possible to what I originally had in mind. It’s also not “autonomous” in any way. There’s no unexpected patterns emerging and in that sense it’s more akin to an automated loom weaving a pattern in to fabric.

There’s certainly a gradient of how directly a human influences the result in art, with a painter making fully deliberate manual strokes on one end and things like DeepDream on the other. A painter like Jackson Pollock would already move away from the “fully intentional” end by introducing actual physical randomness and many artists currently using various techniques that are unique to computer graphics would probably land closer to the “fully automated” end.

There’s another aspect of “generative art” that’s especially relevant right now with the popularity of non-fungible tokens or NFTs. I won’t explain these in detail. Actually, tante has already done a great job at that in The Third Web. Short summary on the majority of NFTs: someone generates a set of images and sells unique “tokens” that indicate ownership (not in a legal sense though) of one specific image. Read tante’s article to learn more about how this works (and doesn’t work).

Here I’m not interested in the artistic merit of these works but more in how this model of art sale creates incentives for certain kind of generative art, those that produce large sets of similar but sufficiently distinct outcomes to be viable for this sort of art business, and how this relates to the work I want to do.

If you’re worried right now, I can promise you I won’t get into NFTs. Everyone who follows me on Twitter will probably know my opinion on the NFT market. It wouldn’t even be feasible. The two images at the beginning of this post each took the better part of a day to get right, I estimate about 12 hours each. They involved a lot of testing out different approaches, doing some manual math, sketching (on actual paper!) and a lot of tweaking parameters until I considered them done. For me, having done other manual art like paintings and sculptures before as well as photography (which builds on a lot of machinery and automation) and generative music, this process feels distinct from all that. I think the term “procedural art” works much better for me because it describes the process very well. Sadly it is often used interchangeably with “generative art” but to me these are different techniques and often (not always) have different intended outcomes.

I didn’t link to the NFT article on Wikipedia because at time of writing it contains this warning: